Still a Marianne floral die theme in this post but a change of colour and shape.  These two cards were made for a crafty friend and a friend's daughter. 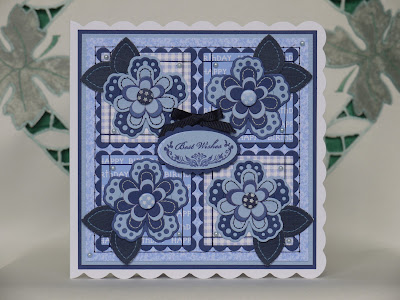 Three sets of Marianne flower dies were used to make up these flowers with Craftwork Cards Candi added to their centres. 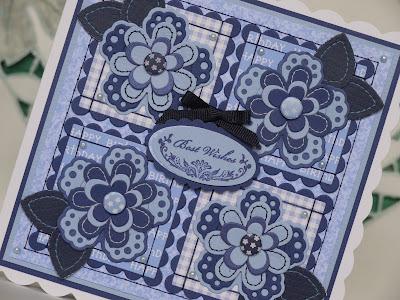 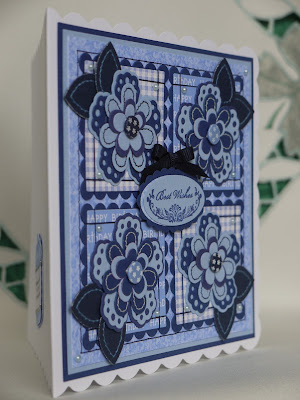 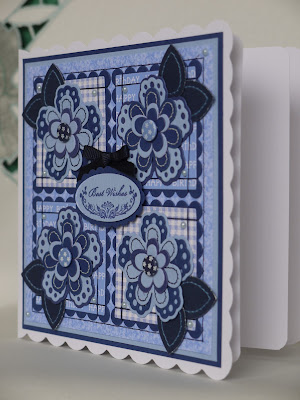 The patterned papers used for the little squares and the backing layer were printed from the Cuddly Buddly download A Patchwork of Papers Blue. The sentiment was stamped using a Stampin' up rubber stamp and their plain and scalloped oval punches were used to punch it and it's backing layer out. 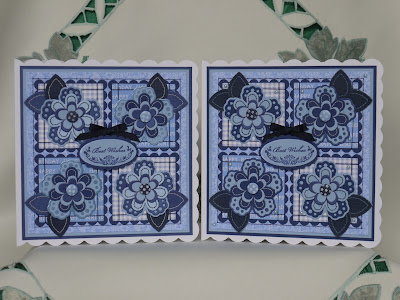 The only embellishments added were little blue self adhesive pearls and navy grosgrain ribbon.

Along with purple, jade green is one of my favourite colours to craft with so here's another jade green floral wreath for this post and this one was made for an Auntie. 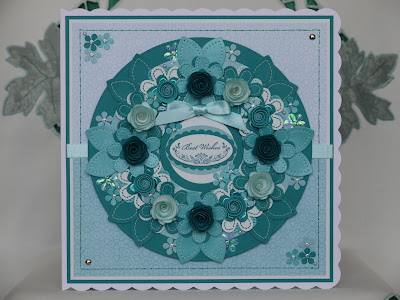 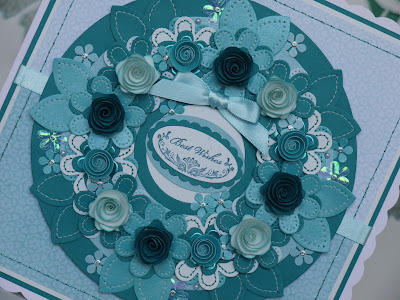 The wreath was assembled using the same dies as in the previous post along with the same cardstock and backing papers. This time the sentiment was stamped using a Stampin' up rubber stamp and ink and then punched out and layered using their plain and scalloped oval punches. 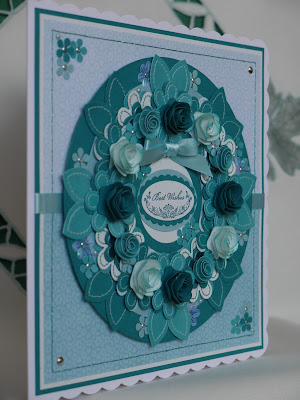 The only additional item to this card were transparent sequin flowers which had crystal sticker dots added to their centres. 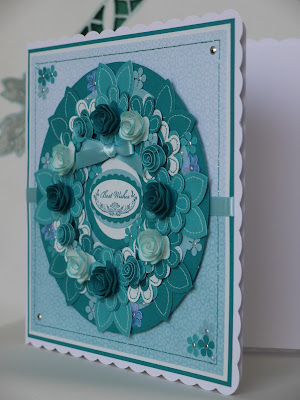 It's been a long time since a post has been added to this blog and as time goes on I'm beginning to realise how useful it is sometimes to have a record of what you've made, what was used to make it and who it was given to.  Most of the new items made since the last posting have been photographed so I'm going to attempt to try a catch up and record them here.  There are a lot of repetitions to come when inspiration and motivation went out the window but also because of a love of stitching on paper.

The first card to share was for a friend and was made using the following Marianne flower dies and a Tonic small flower punch to create a floral wreath. 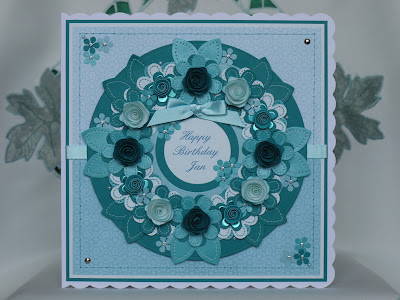 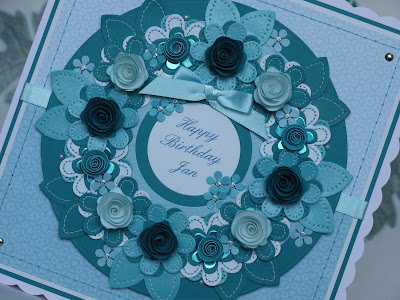 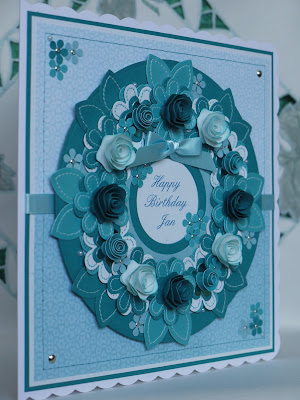 To continue the jade green monochrome look for this card backing papers were chosen from the Nitwit Collection Snow Princess Solids.  A stitched border was added to the patterned papers to further frame the wreath. 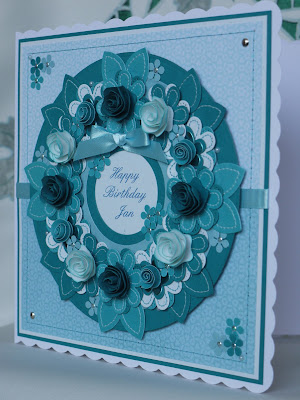 Only a few extra embellishments were added as the flowers did most of the work on this card.  Along with ribbon, brads and pearls a few crystal stickers were attached to the centres of the small punched flowers.

Thankfully the process of creating a post hasn't changed so this hasn't been too challenging a task and hopefully I'll get back soon with some more cards to share.