Back to birthday cards again with this post and this card was made for an Auntie who celebrated her seventieth birthday back in October.  Before this celebration Auntie Ann had a tough twelve months having been diagnosed with breast cancer just before her golden wedding anniversary last October which overshadowed their celebrations.  Following surgery and a three week course of radiotherapy she has since been given the all clear.  Not only was she coping with this but she also had a back problem which made walking and standing difficult but following her cancer treatment she had successful back surgery and is still slowly recovering.

This is another stamping squares card and makes use of the Stampin' up sets Stippled Blossoms and Baby Blossoms and a script stamp from the Charming set.  Using the second generation stamping technique for some of the images all were stamped on to white cardstock using purple Encore Metallic ink.  The two floral stamp sets use the 2 step stamping technique and Stampin' up's stampamajig was used as a positioning guide to do this and also to stamp the script stamp over two of the corner squares.  The corner squares were also embossed using a Cuttlebug rose embossing folder. 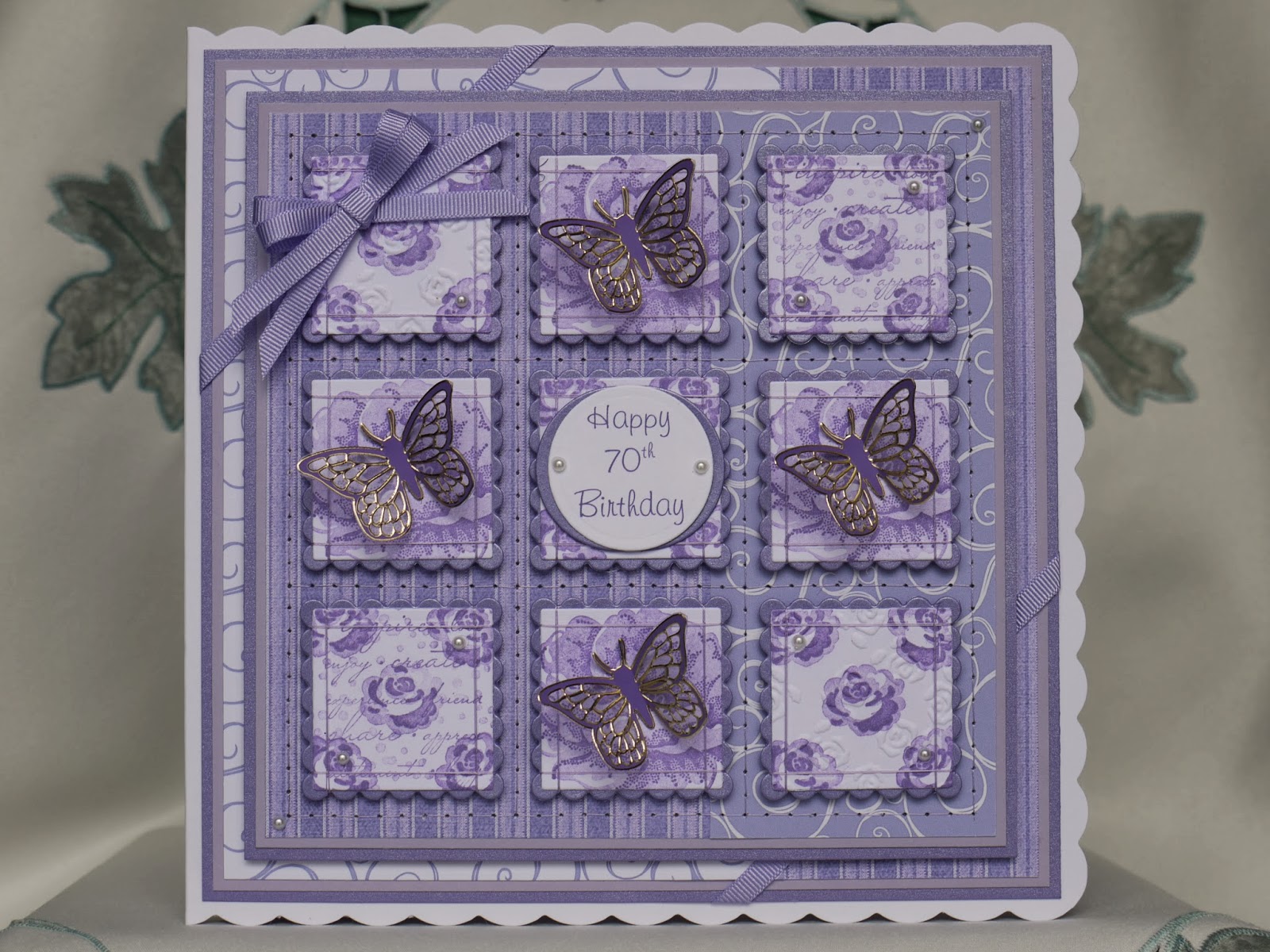 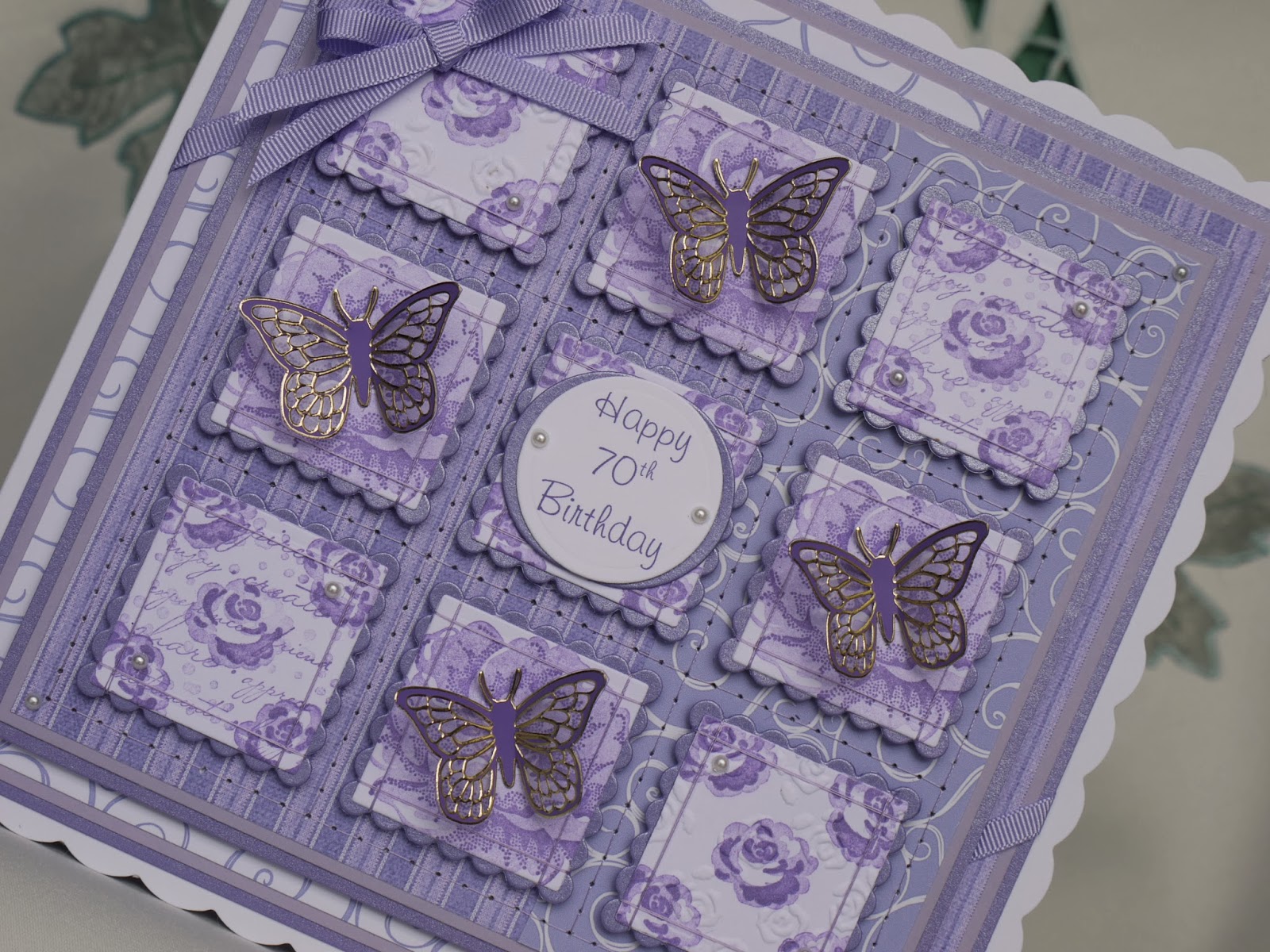 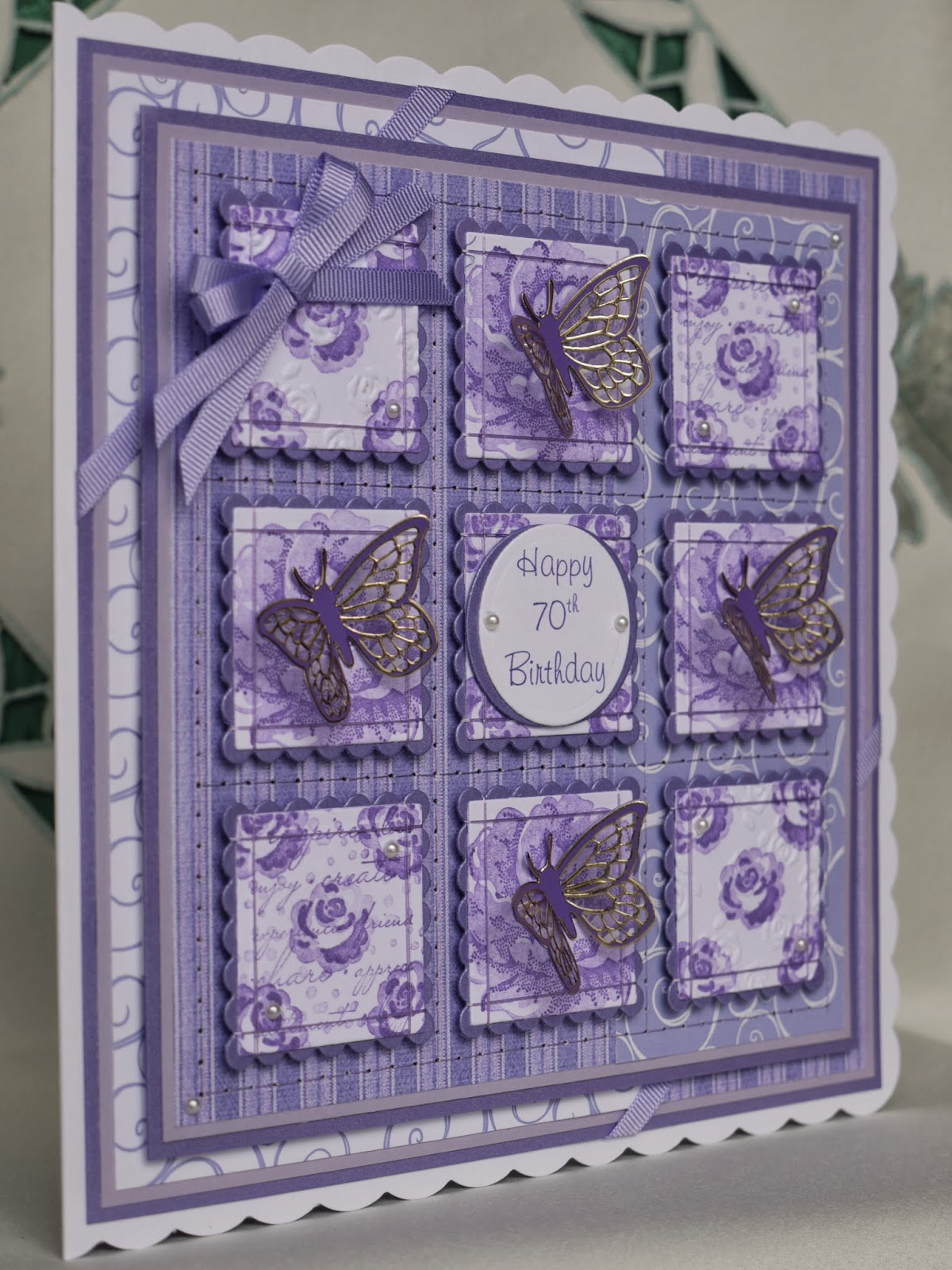 The bottom tier was also made up from layers of lilac cardstock and patterned papers.  The patterned papers on this card were from the Nitwit Collection Promises and also from the Pink Petticoat Colour Collection Little Swirls in the lilac colourway.
Ribbon was wrapped around the corners of the bottom layer and a bow added to the top layer.  Other embellishments added were self adhesive pearls and peel off butterflies made in to 3D embellishments by being attached to acetate. 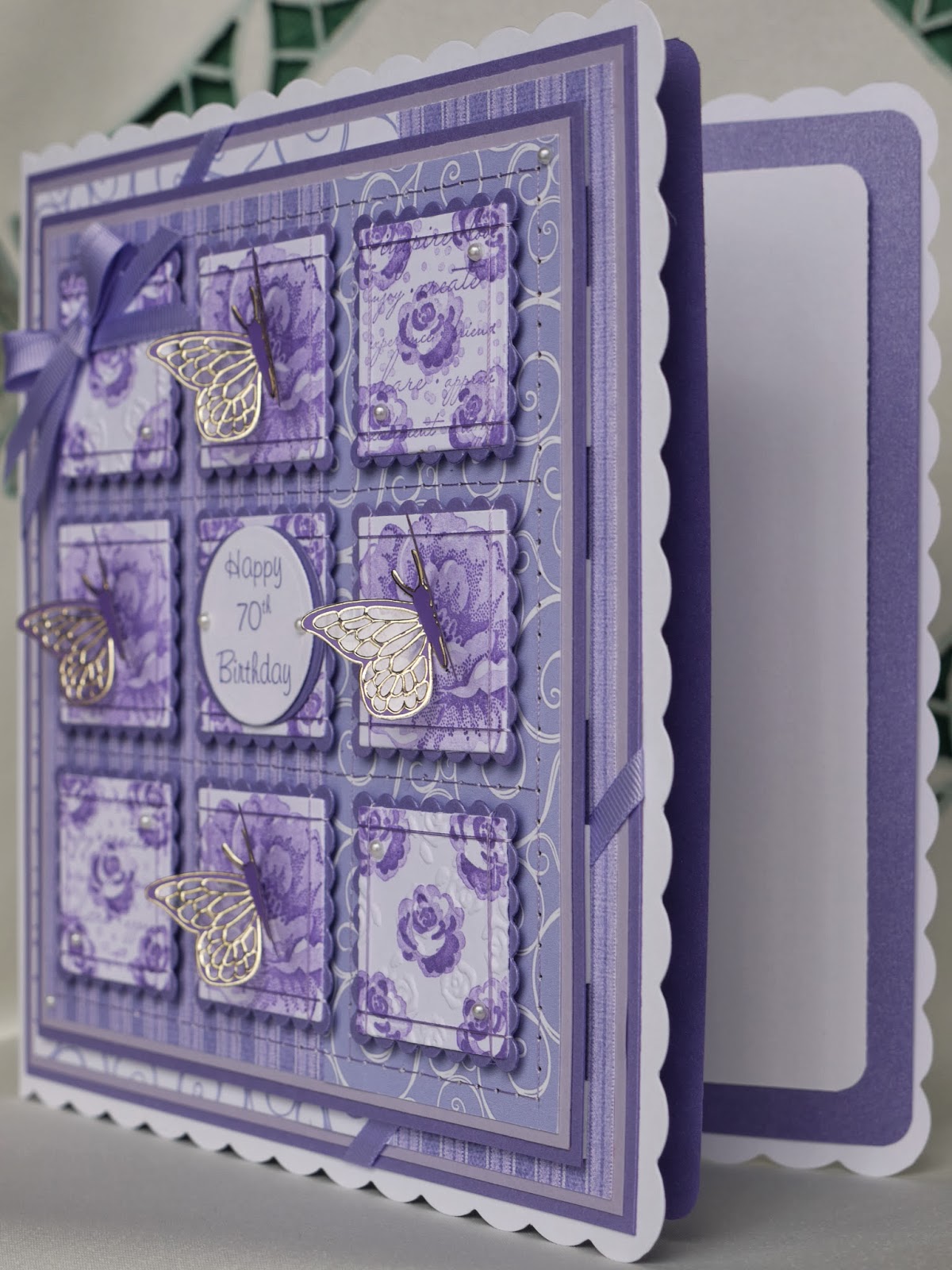 An insert created on the computer was added to the inside and double layered using lilac pearlescent paper.  This layout became a favourite of mine at the end of last year and I'll share the others I've made in another post.