Change of theme and colour scheme for today's card.  I'd had the Noel stamp by Woodware in my stash with the intention of glittering inside the letters after stamping but was inspired to use it to paper piece after watching Erika demonstrating this technique at the Papeterie with Woodware's Snow stamp.  I think I've only made one card with paper piecing on it but really like the effect Erika created and decided this would be quicker and less messy than using glitter on the letters. 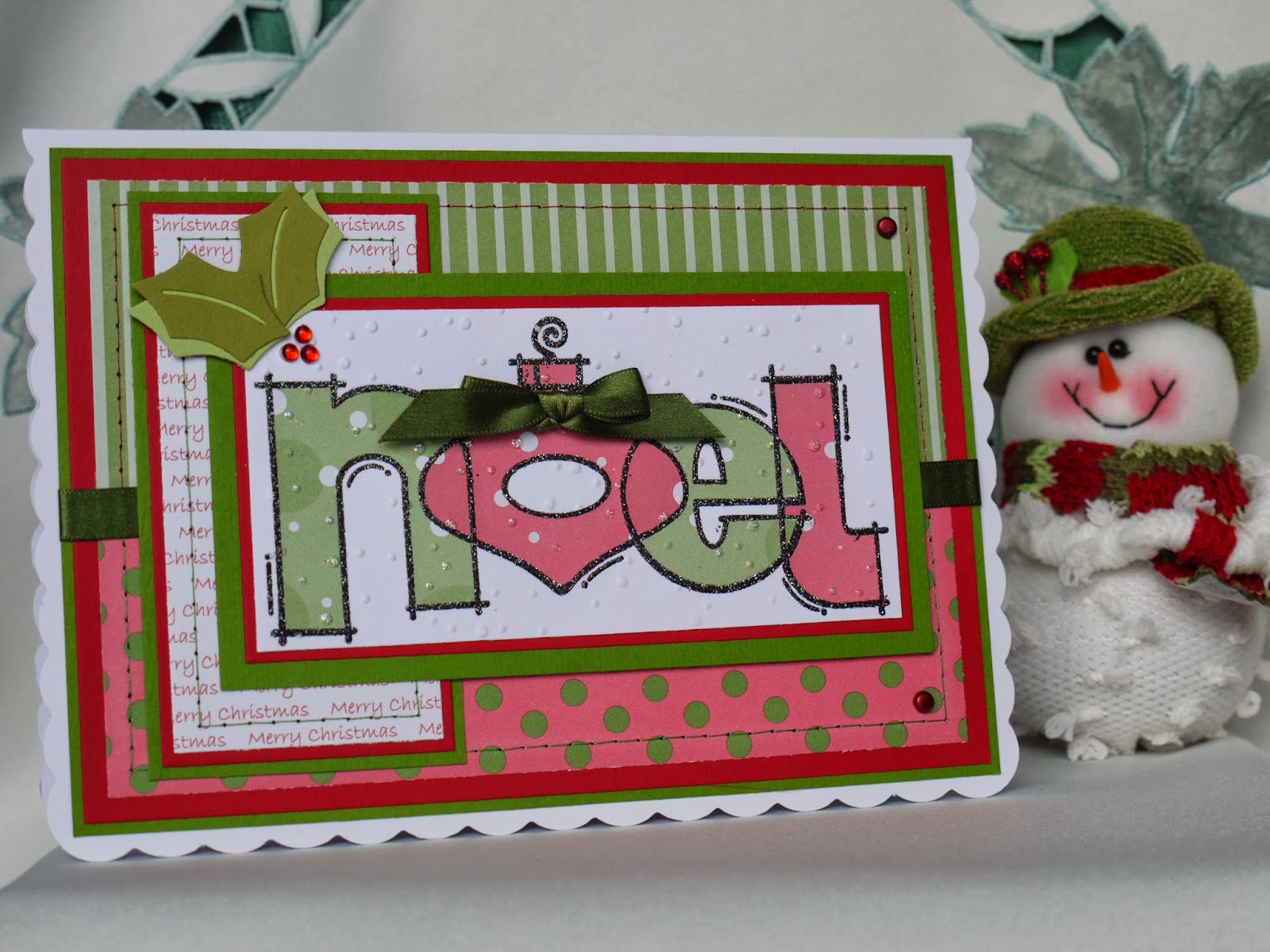 The patterned papers used for this card were from an old Papermania 12"x 12" pad and the Merry Christmas paper was created on the computer.  The Noel stamp was inked with VersaMark ink and stamped on to a piece of white card and two of the patterned papers and then embossed using Stampendous Disco Black embossing powder.  I love this embossing powder as it really comes to life in lamp light when the different colours sparkle through.  The letters were then cut out taking alternate ones from the patterned papers.  The outline is thick enough after embossing that you can trim away a little when cutting out so that the patterned paper letter sits slightly inside the letter on the main topper.

After sticking on all the letters the whole topper was embossed using Cuttlebug's Snowflake embossing folder which is really a random dots one.  This bonded the letters to the topper and gave it a printed look rather than a layered one.  To add a bit of Christmas sparkle the white dots on the letters were glittered using a Quickie Glue pen and Stampin' up's Dazzling Diamonds glitter.

Red and green card were used as backing layers and red and green stitching were added as an extra frame.  Ribbon, gems and brads were added as embellishments and the layered holly leaves were die cut using a Quickutz die.

Since making this card I've added a few more of the large word stamps by Woodware to my stash including the Snow one Erika used.  Here is a picture of how she used it at the demonstration and which has sparked off my collection.  The sentiment used is also part of the stamp set. 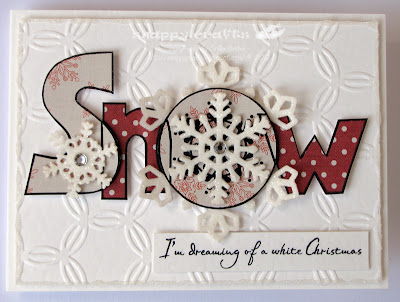