Wreath of Flowers for a 60th

Continuing with the blue theme this is the card I made for Alan's sister Vicky who celebrated a special "0" birthday this year.  With the arrival of a grandson and grandaughter and celebrating her special birthday it's been quite an eventful start to the year for her.  There's more to come at the end of the year as her youngest son is getting married and she's planning a trip to Australia afterwards with one of their brothers to visit another brother and his family.

For Vicky's card I cased the one I'd make for Mother's Day and added the age to the centre of the wreath.  One of my favourite sets of dies is the Marianne English Rose one but at the beginning of this year I came across her stitching ones and have been stitching lots of these flowers and leaves ever since.  This design was inspired by the floral wreaths I've seen made using kits from Craftworks Cards. 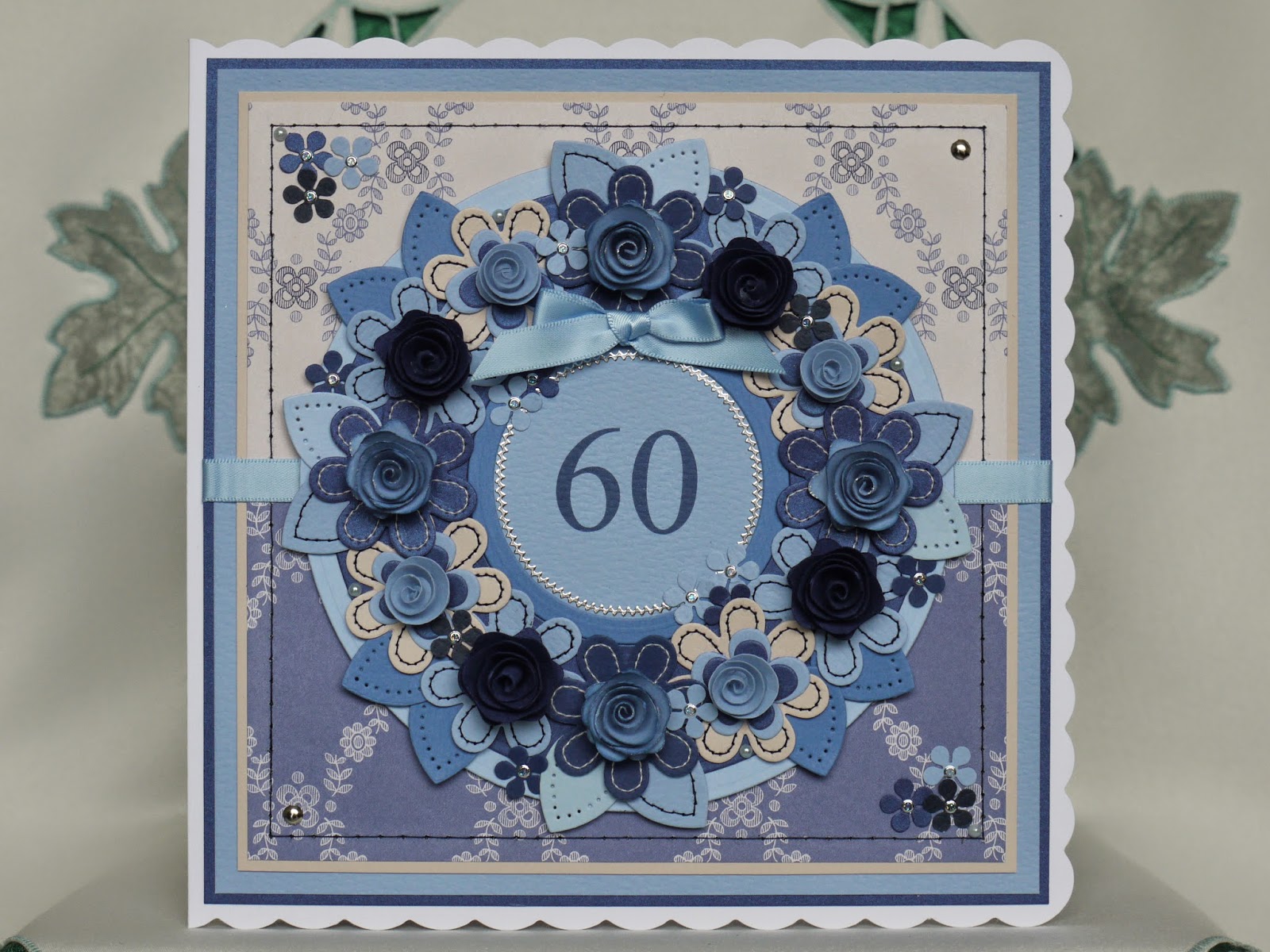 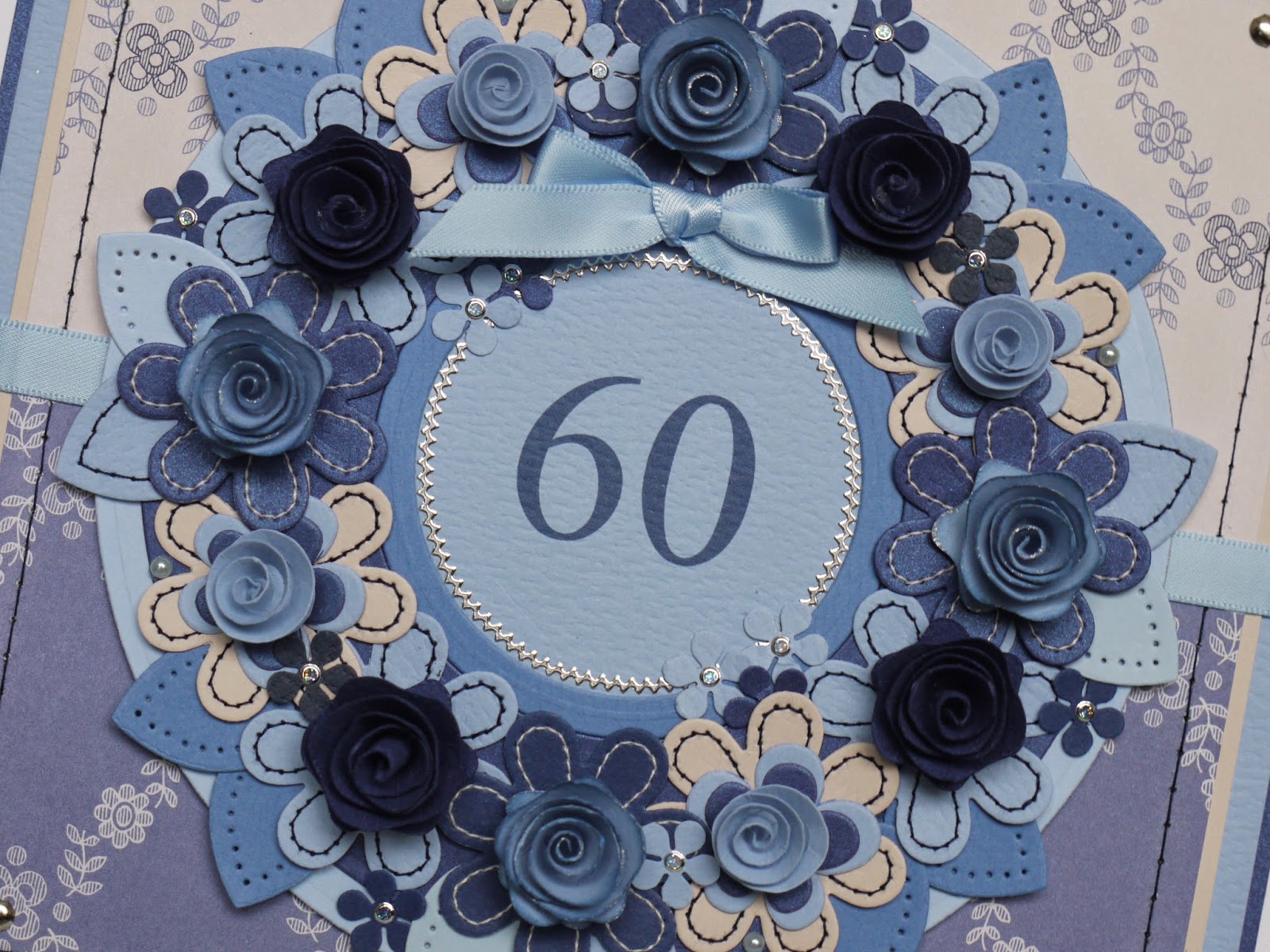 Along with the Marianne dies an X-cut small flower punch and one inch circles punched, cut and rolled like the roses were used to make up the flower embellishments  The paler blue rolled roses were sponged with Encore blue metallic ink to create shading and on top of this a Sakura clear glitter gel pen was used to leave a dew effect.  The wreath was built on to circle layers using card in the same colours as used for the flowers and then attached to the front of the card using 3D foam.  The number in the middle was printed from the computer. The patterned papers used on this card were from Papermania's Parisienne Collection which is a lovely set of papers.  They were layered on to coloured card matching those used for the flowers.  A stitched border was added around the patterned papers to add an extra frame and to link with the stitching on the flowers. 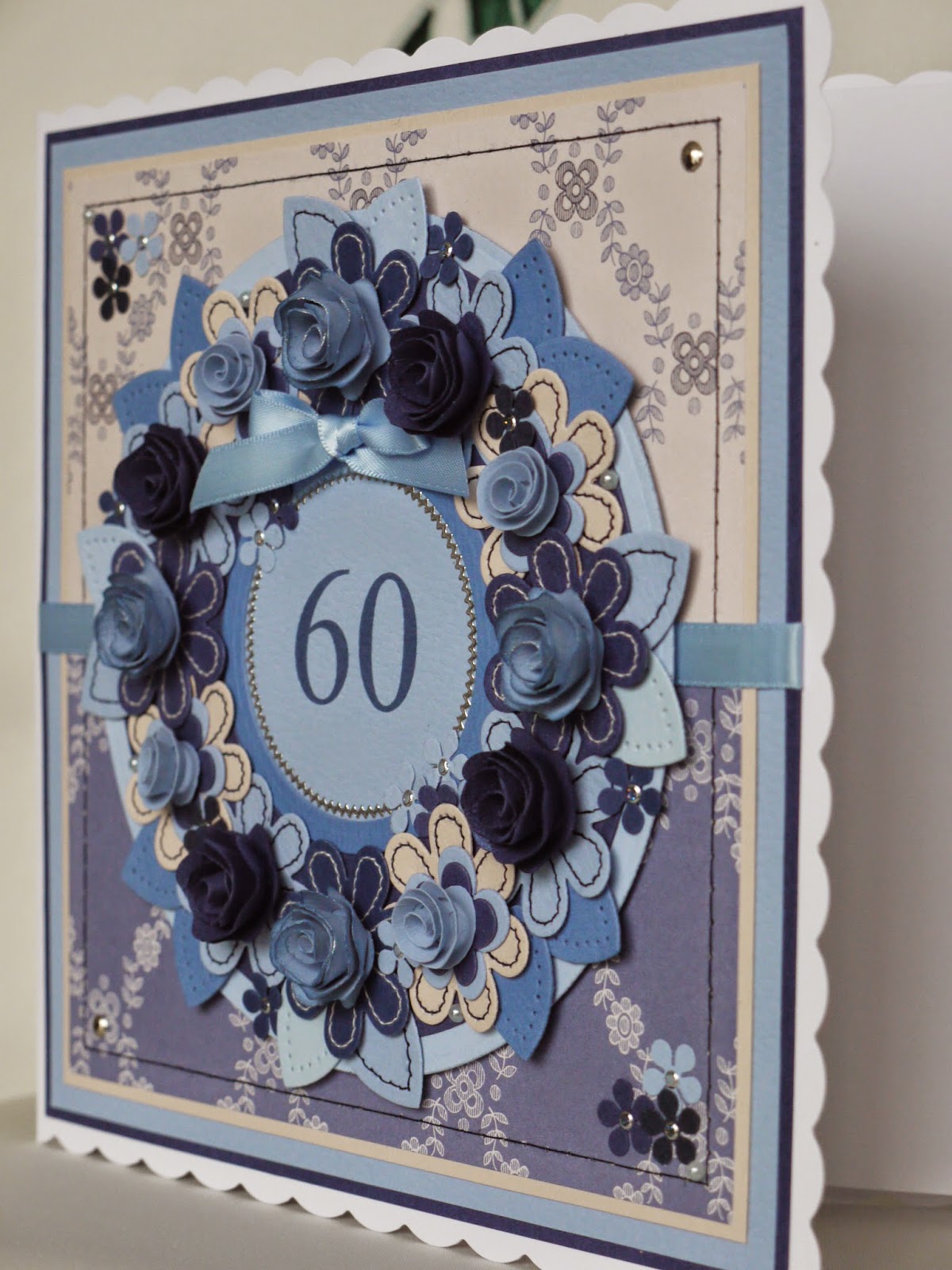 A ribbon wrap and bow, silver brads, peel-offs and self adhesive pearls were the added embellishments for this card.
Vicky had a gathering at her son's house to celebrate her birthday and Alan travelled north to attend it.  This is Vicky cutting her cake and in the background their youngest sister is in the middle of the photo and their eldest brother is at the back to her right. 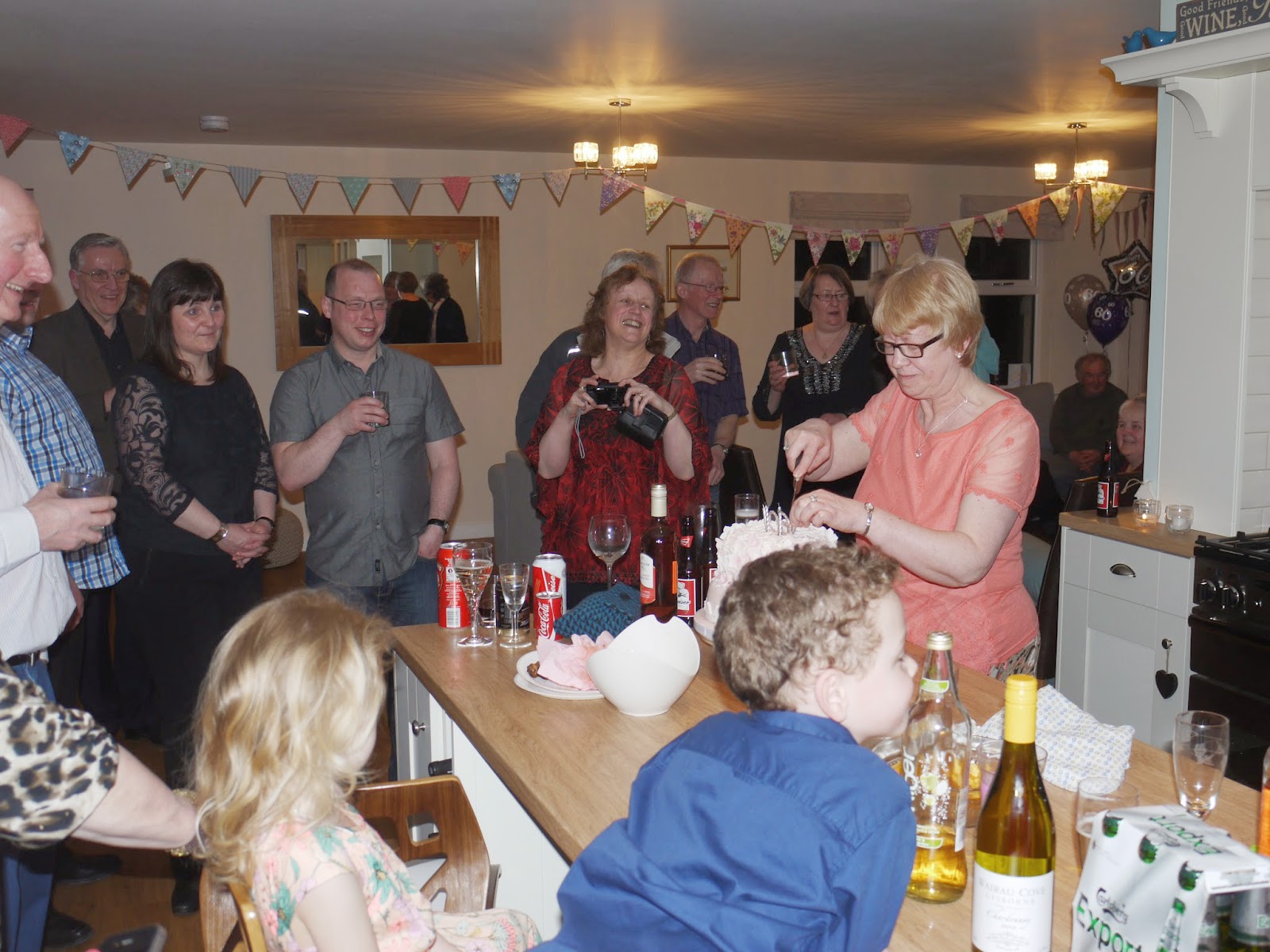 I chickened out of travelling to Orkney that weekend as the weather forecast was predicting strong winds and I'm not a fan of sailing at the best of times.  Below is a link to a video clip of the ferry leaving Stromness on it's way to Scrabster on the Sunday morning.  Fortunately by the time Alan travelled back the following Tuesday the sea had calmed enough that he even had his breakfast during the trip.  I dread to think where all the breakfasts landed on this trip.