It was back to the nine squares layout to make a birthday card for Mum and using my favourite colour at the moment.  Her card is cased from the one's I made for three Aunties back at the start of the year which were based around Stampin' up's inks Island Indigo and Baja Breeze. 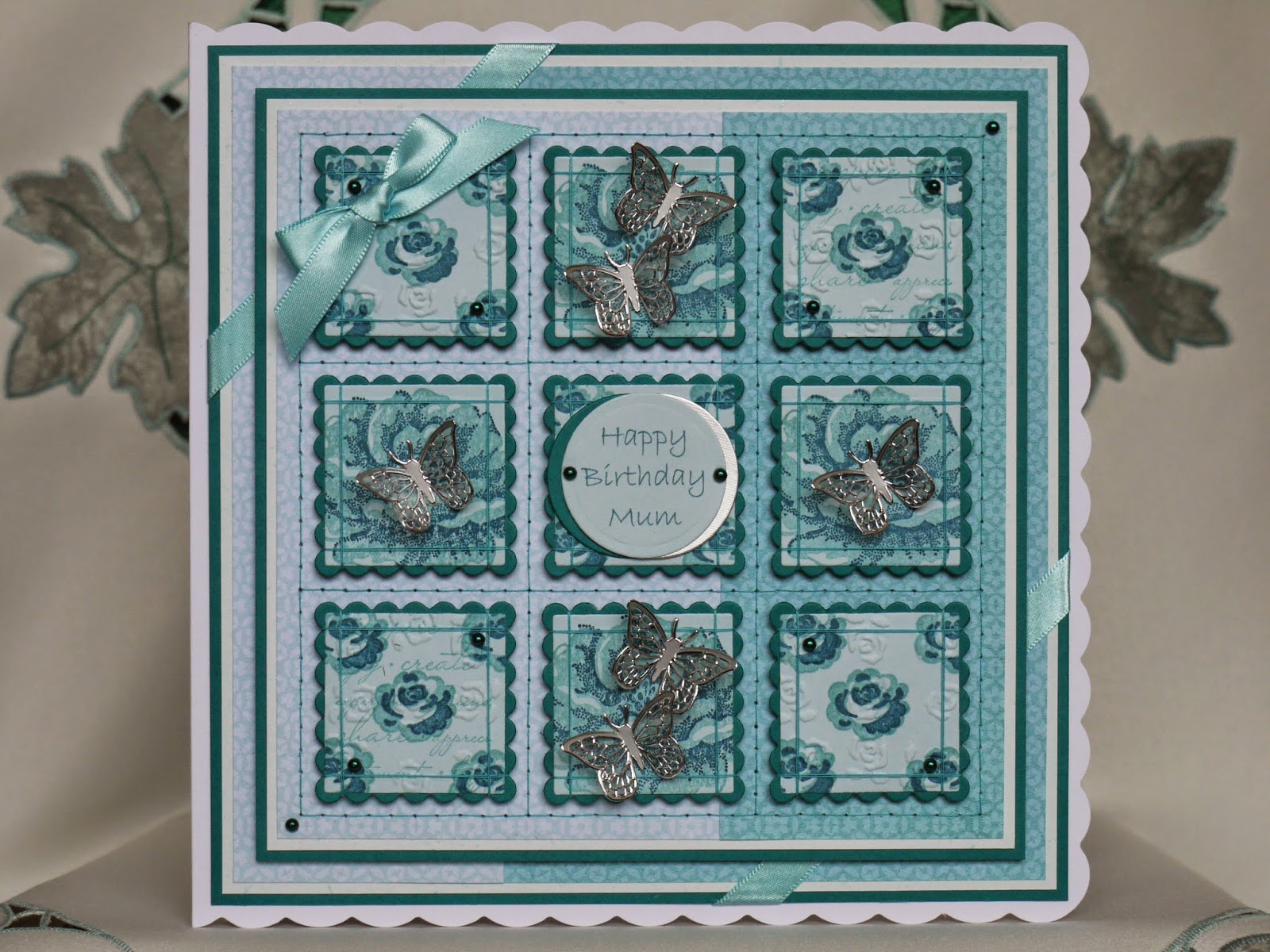 Stampin' up sets Stippled Blossoms and Baby Blossoms and a script stamp from the Charming set were used to make up the small toppers.  Using the second generation stamping technique for some of the images all were stamped on to pale green cardstock.  The two floral stamp sets use the 2 step stamping technique and Stampin' up's stampamajig was used as a positioning guide to do this and also to stamp the script stamp over two of the corner squares.  The corner squares were also embossed using a Cuttlebug rose embossing folder. 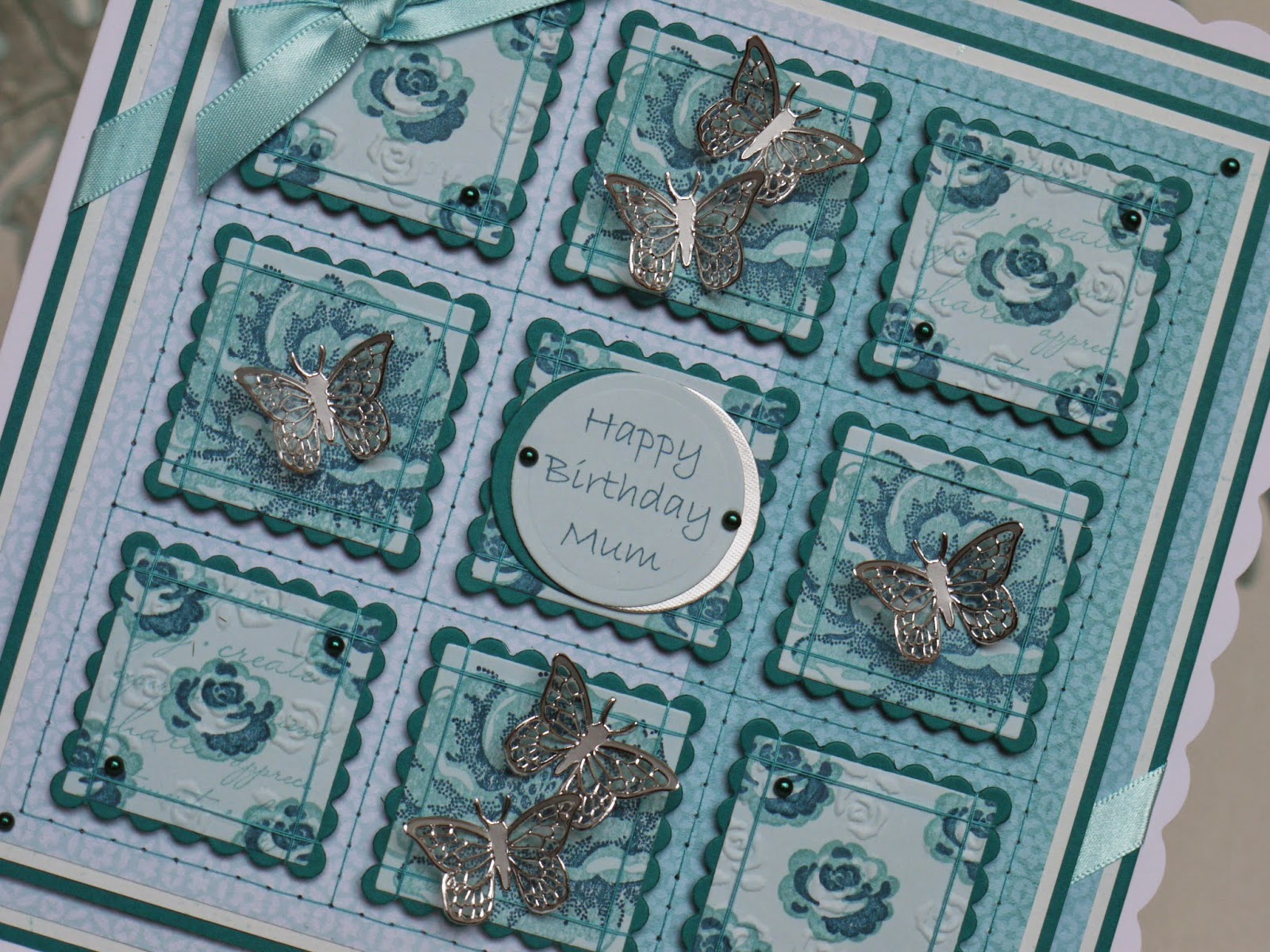 Matching up with the Stampin' up inks were patterned backing papers printed from the Nitwit Collection Snow Princess Solids, plain card from W Enterprises, satin ribbon, self adhesive pearls from The Hobby House and thread to stitch the grid for the square toppers. 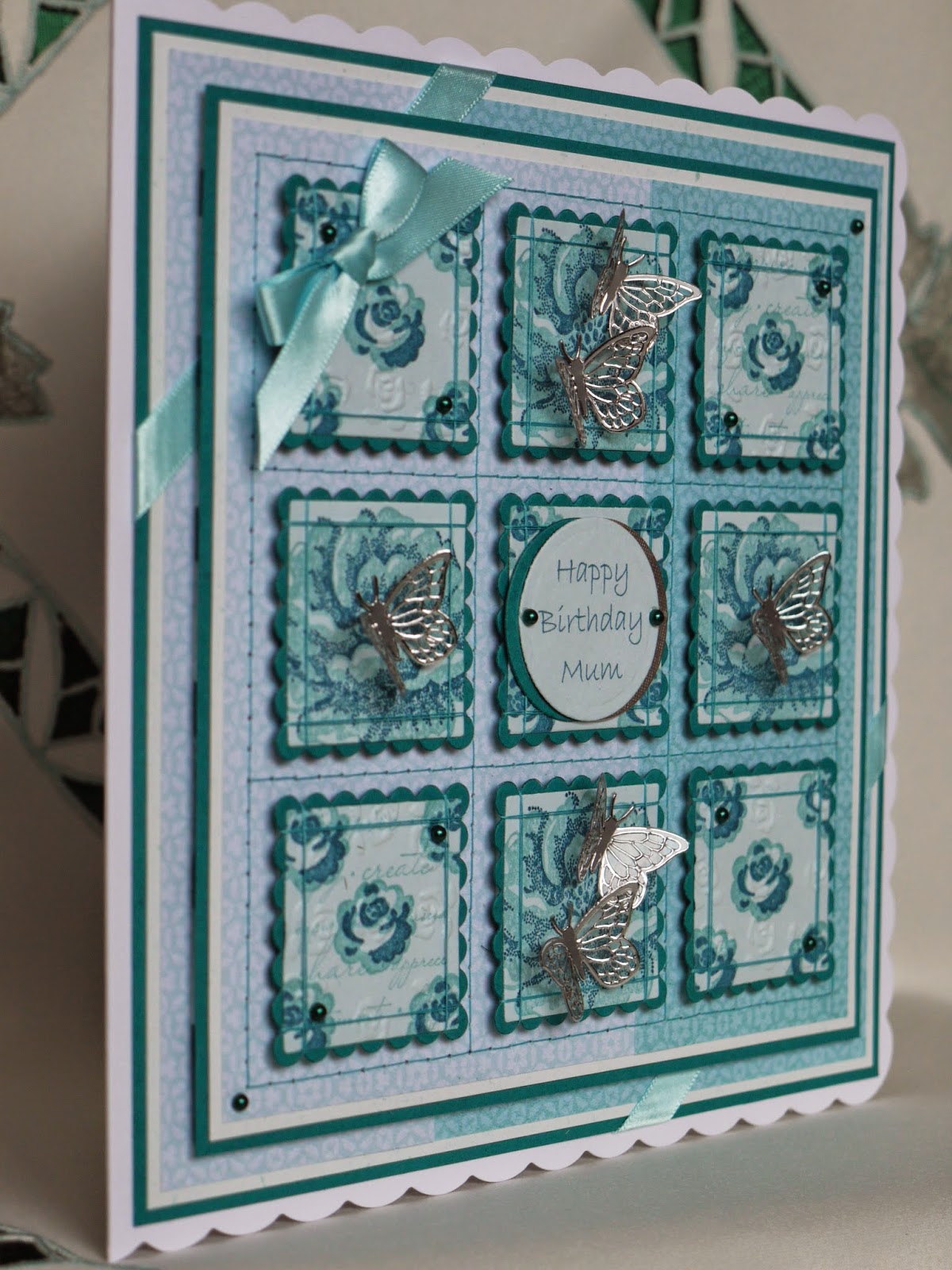 The nine stamped squares were die cut using a Spellbinders square die.  Backing layers were cut from using a Spellbinders scalloped square die and, after being layered up, green thread was wrapped around their corners.  These nine squares made up the top tier of the card
The middle tier was the backing panel for the squares which was shades of green card and patterned papers layered up with a grid of nine five centimetre squares stitched on top of the patterned paper.  The stamped images were attached to the centres of these squares using foam pads.  Foam pads were also added to the back of the completed middle tier before it was attached to the bottom tier of the card. 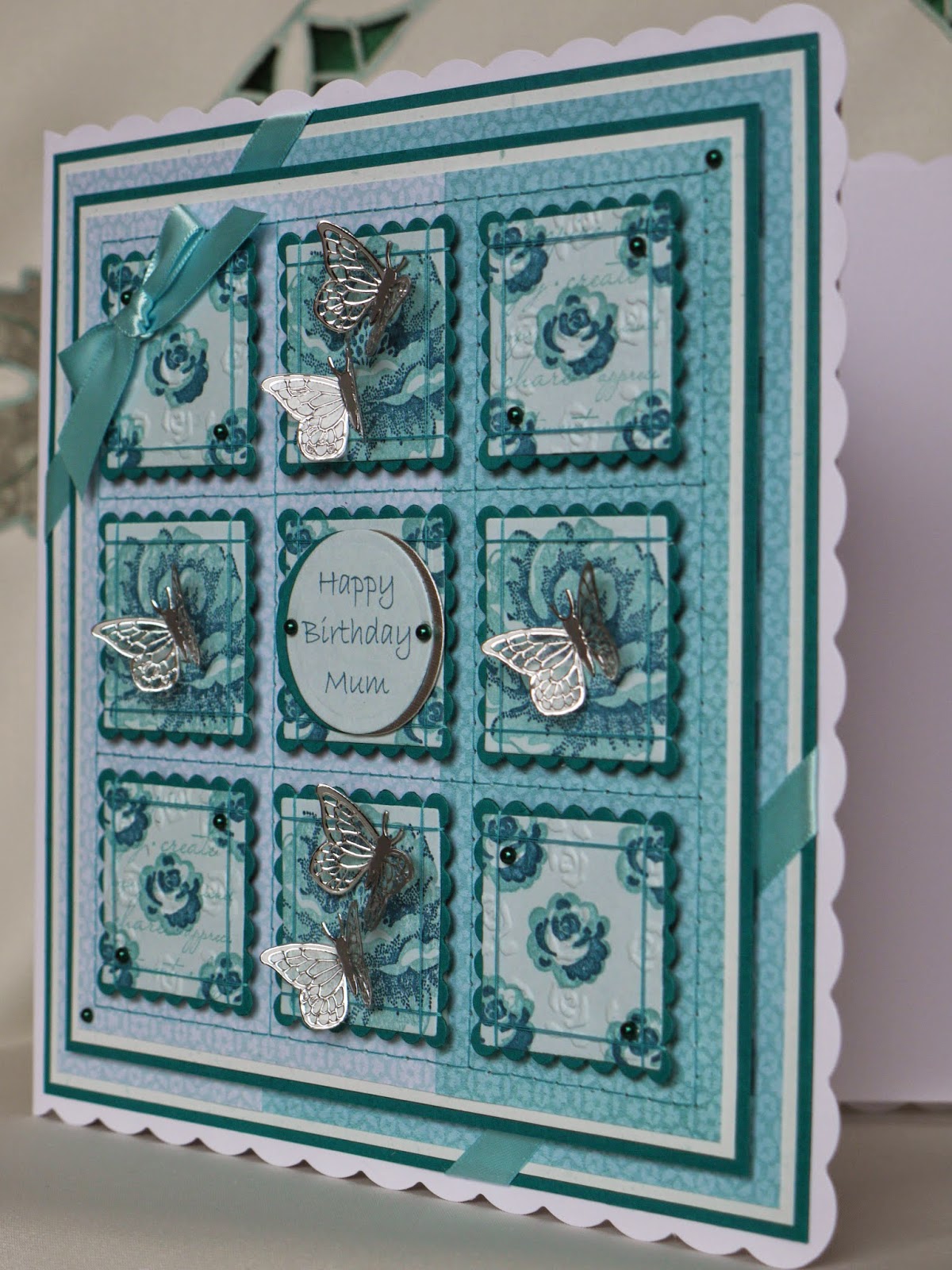 The bottom tier was also made up from layers of green cardstock and patterned papers with ribbon wrapped around the corners. Once the layers had all been put together the other embellishments added were self adhesive pearls, a bow, and peel off butterflies made in to 3D embellishments by being attached to acetate.

The sentiment was printed from the computer and die cut using Spellbinders circle die.