The Holly and the Ivy

This is the last of the Christmas cards for 2013 and this one was inspired by a card I saw on Pinterest.  Whilst in Glasgow at the Hobbycraft Fair we also went to Craftworld and it was there I found the Dreamweaver holly stencil used to make this card.  I've bought from their online store before, as their Spellbinders prices are usually very competitive, but this was the first time I'd visited their shop.  Apart from at a craft fair I don't think I've seen so many dies and stencils in one place. 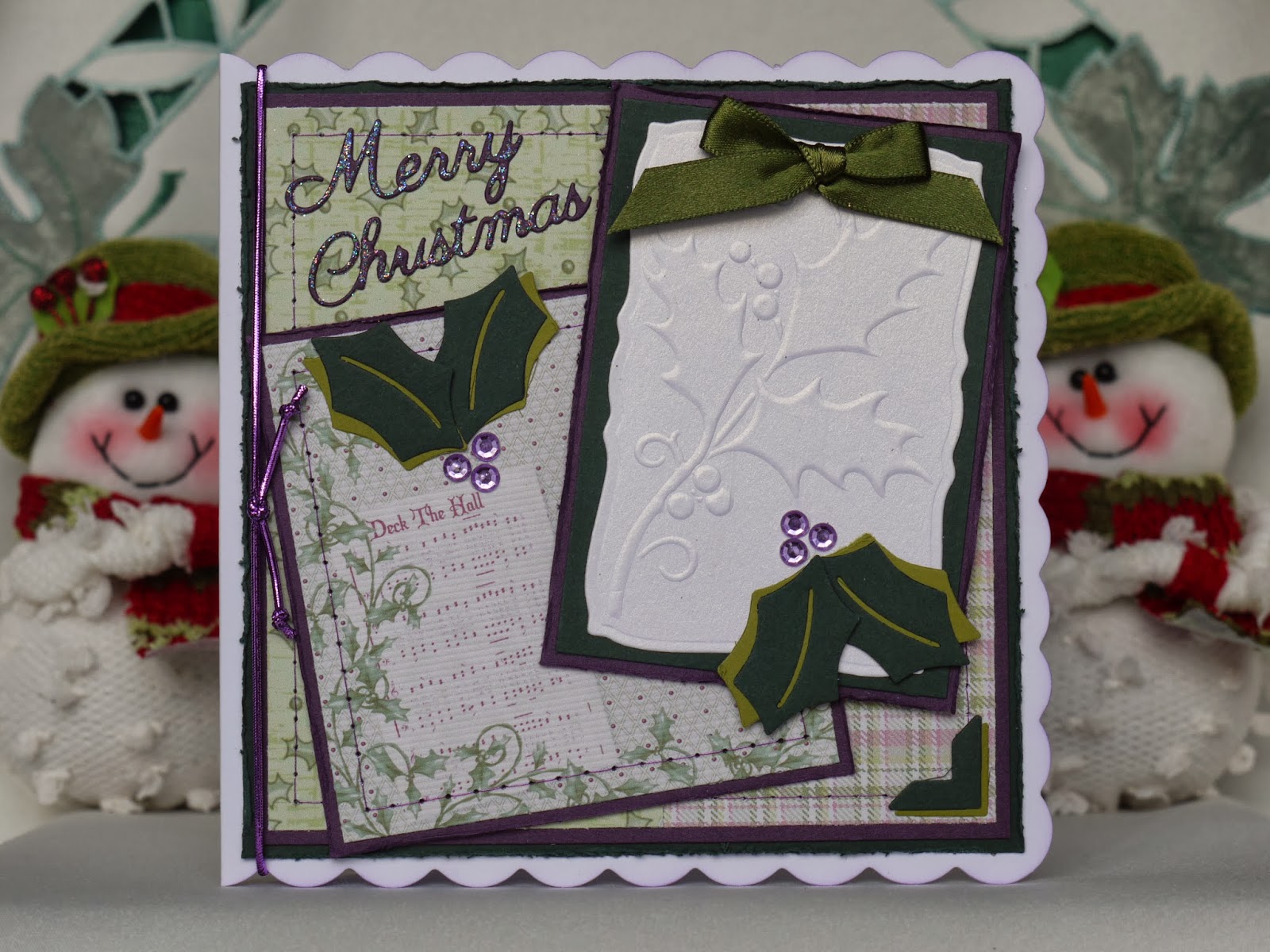 Patterned papers from the Cuddly Buddly collection Quilted Holly and Quickutz holly die cuts were also used to follow the holly theme.  The patterned papers and embossing were layered on to pieces dark purple and green card which had their edges distressed and stitching was added to create an extra frame.

Britannia dies were used to cut the sentiment and this was glittered using a Quickie Glue pen and Stampin' up's Dazzling Diamonds glitter. Gems, a bow, lilac elastic and corners cut using a Quickutz die were the added embellishments and the scalloped edges of the card were sponged with purple Encore Metallic ink.

Below is the card which sparked the inspiration for this Christmas card.  I'm beginning to wonder now if a die cut or paste and a stencil have been used to create the topper rather than embossing. 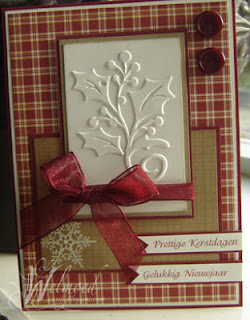