The previous two posts have shown cards made for a friend to give her son and his bride on their wedding day but this post shows the card which we gave them.  I've made this card several times, in different colourways for weddings and anniversaries, but this one was personalised for Niall and Steph as it included their names, initials, wedding details and was trimmed with a Campbell tartan ribbon which is the family surname Steph took after her marriage to Niall. 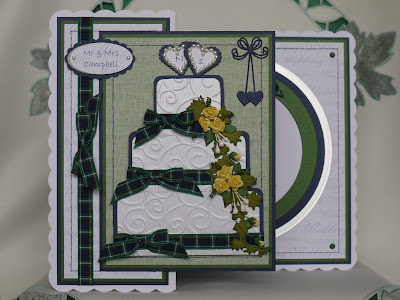 Shades of green and navy blue pearlescent card were used to build up the layers on this card and the yellow roses picked up the the yellow stripe in the tartan.  The green linen effect backing paper was printed from Joanna Sheen's Secret Garden CD and the silver wedding script paper is included in a download available from Printable Heaven. 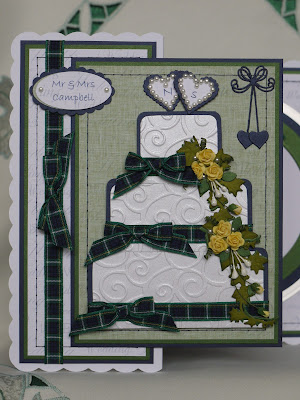 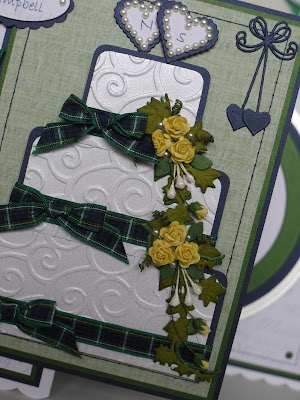 If you'd like to know how this card was put together then check out these previous posts to find out what was used.  Extra embellishments used on this one were die cut rose leaves, using a Joanna Sheen die, and flower stamens added under the yellow roses. 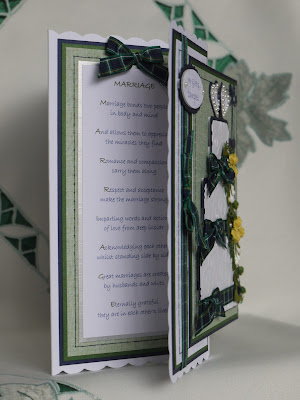 A poem about marriage was added to the back of the z-fold and on the inside a wedding verse and the wedding day details were added. 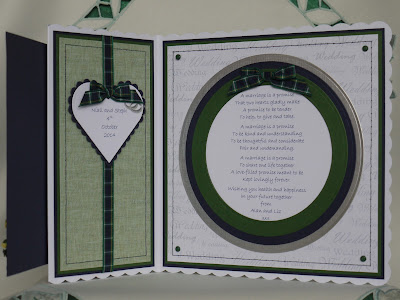 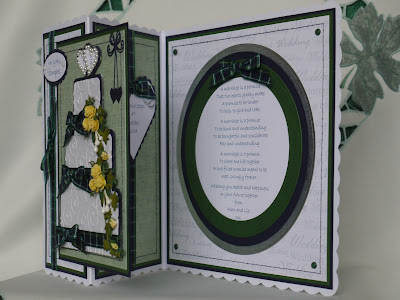 As you can see from the wedding details it's taken me a few years before getting around to posting about Niall and Steph's wedding cards and they've already moved on to the next major step in their lives.  All will be revealed in the next post.