Last night I finished off three more of the floral and butterflies squares cards for three Aunties who celebrate their birthdays next week but back in November it was three Uncles who were celebrating their birthdays and two of them received one of these cards and the third card went to a friends son. 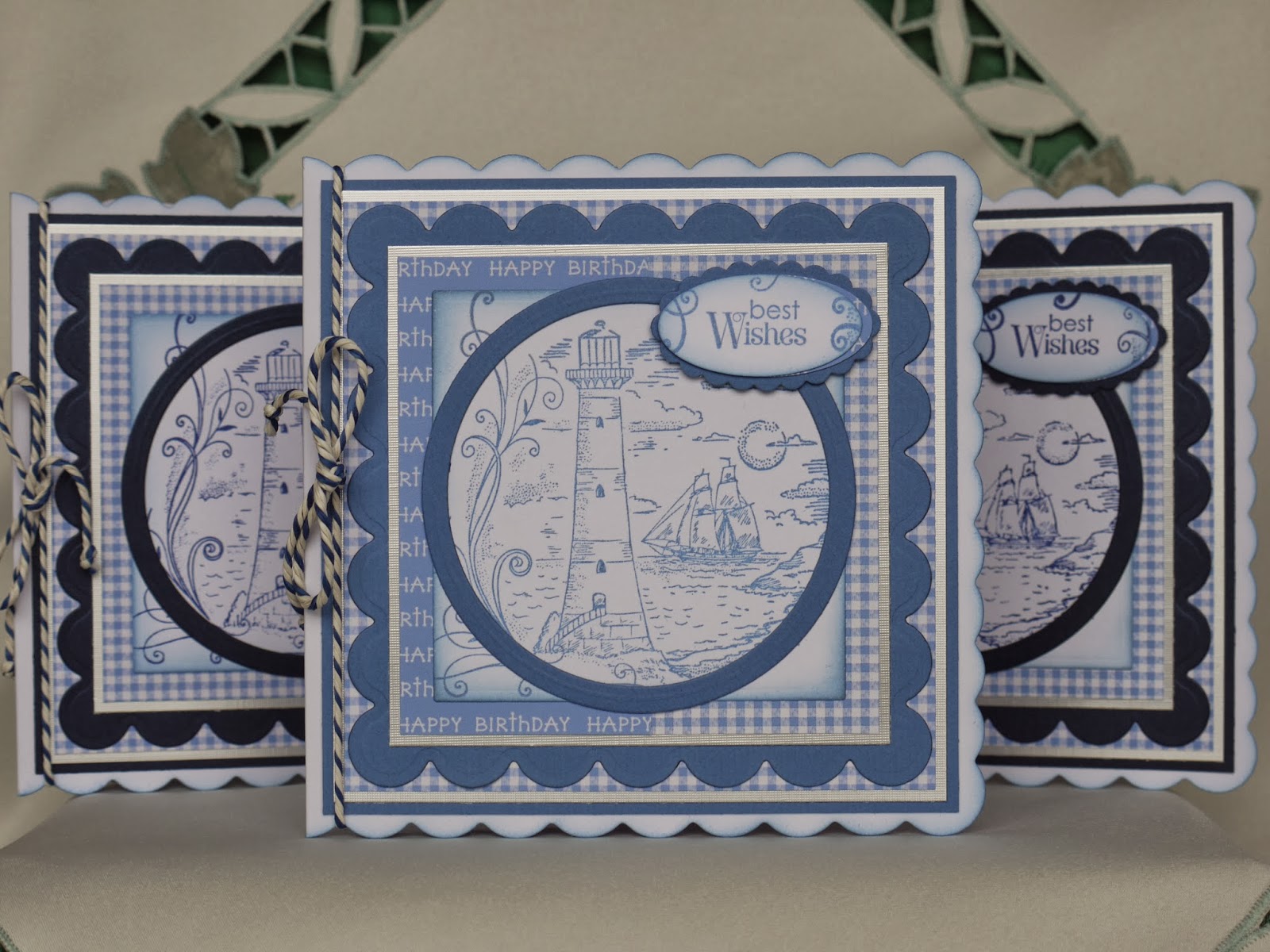 The darker blue version had it's topper made using a Kanban stamp inked with Versafine Majestic Blue ink.  Spellbinders circle dies were used to create the frame/porthole for the image.  The sentiment is from Stampin' up's Petite Pairs stamp set and was also stamped using Majestic Blue ink and punched and layered using their plain and scalloped oval punches.  Swirls from the main image were also stamped around the edge of the sentiment and Encore Metallic Blue ink was sponged around the edge the edges of the topper and also around the scalloped edges of the base card. Along with the navy blue pearlescent card and silver linen embossed card papers from the Cuddly Buddly download A Patchwork of Papers Blue were also used. 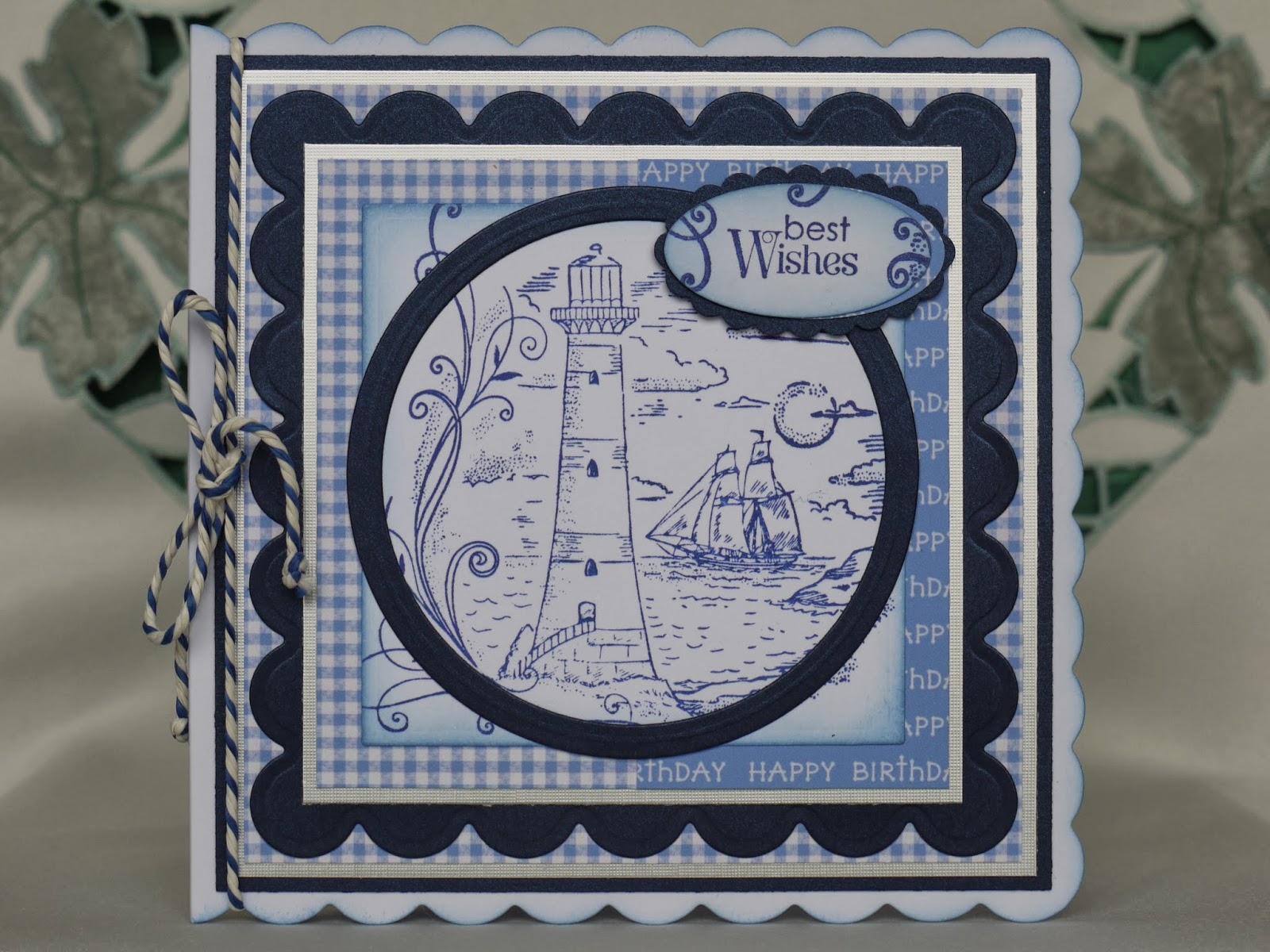 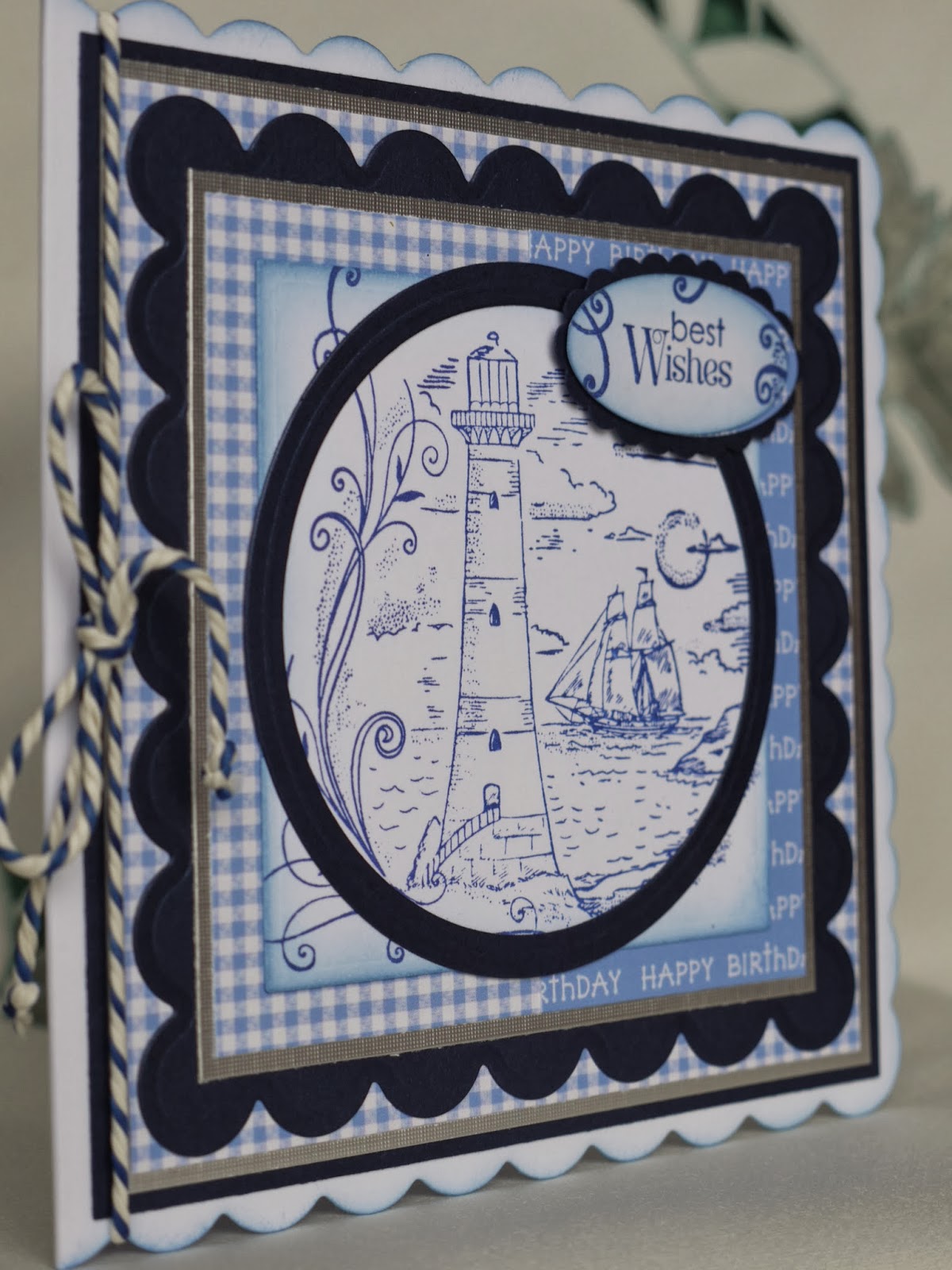 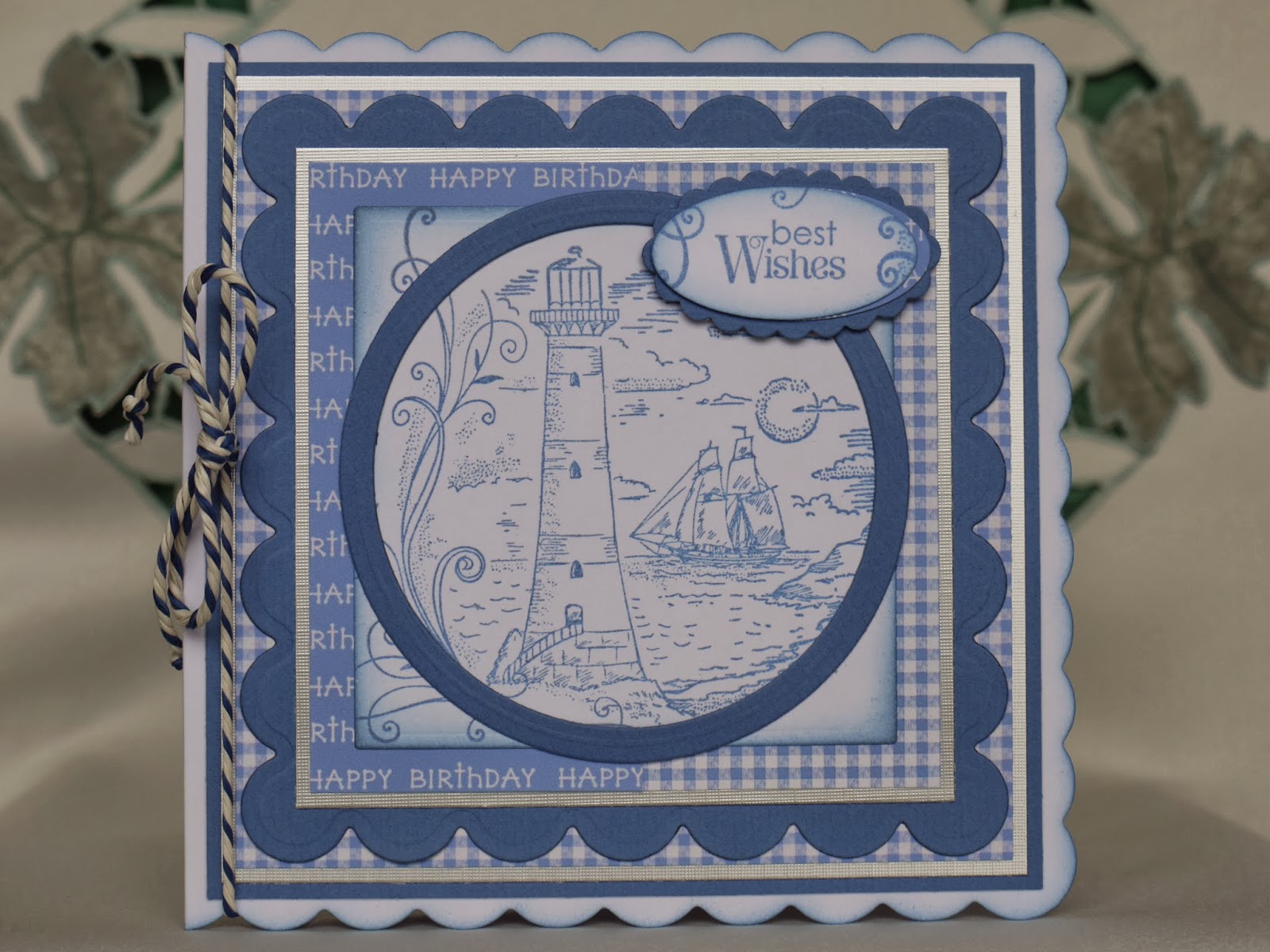 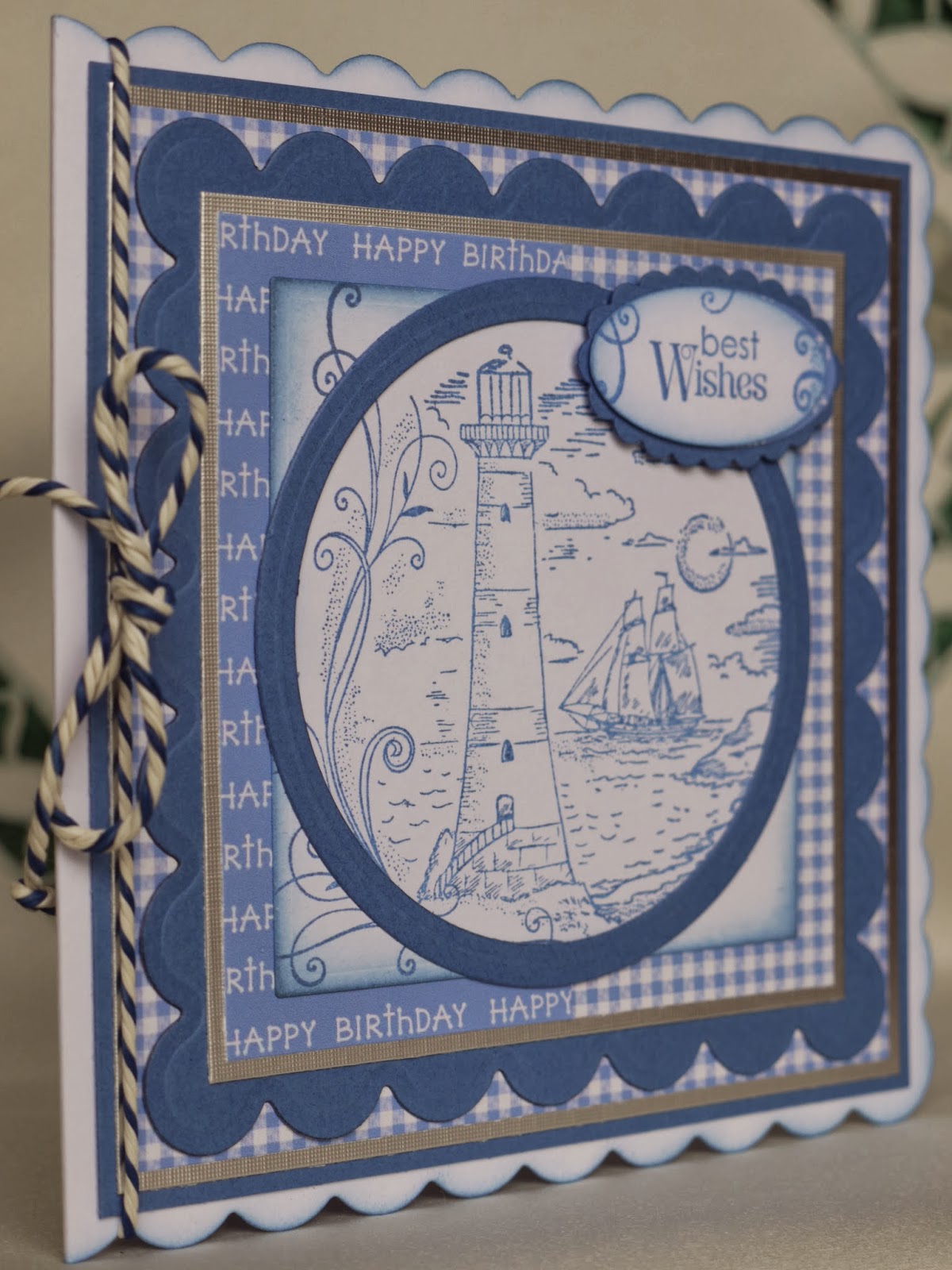 Lots of birthdays amongst family and friends next week with seven between next Monday to the following Monday so that should keep me out of mischief over the weekend.  Hope it's a good one for you whatever you're up to.