As well as being asked to make a card for Molly to give her husband Dod on the occasion of their Diamond Anniversary I was also asked by a friend Lilian to make a card for them.  It's through Lillian that I've come to know Molly and these two couples are good friends who get together to play whist every Friday night.  I felt I needed to make a card that was a bit special to reflect this friendship and this was the result. 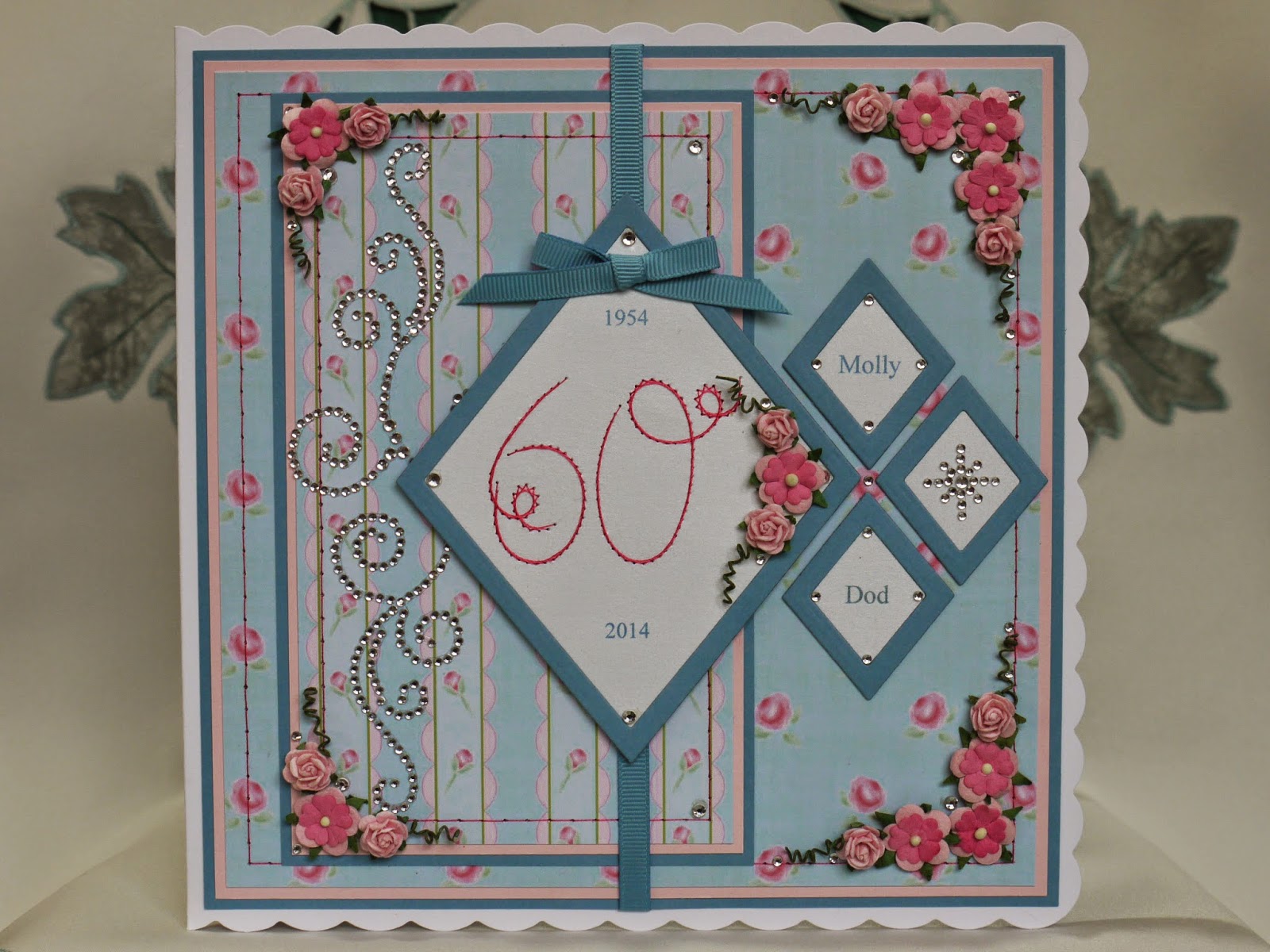 I found it really difficult to choose a colour scheme for the diamond wedding cards without them starting to look like either a silver, ruby or golden anniversary card.  The patterned papers for this one was from the Cuddly Buddly download Cottage Collection in the Duck Egg colourway.  Stampin' up's Pink Pirouette and Marina Mist card and ribbon was used to tone with this.

The dates on the front topper were printed from the computer and then an Ornare stencil was used to prick the 60 between.  Rather than use the metal stencil directly each number was pricked on to thick acetate and this was used instead which meant the numbers could be placed exactly where you wanted them to go.  After stitching the 60 a frame was cut for the topper using Spellbinders diamond nestabilities dies.  The three little toppers to the side were made in the same way.  This diamond layout I'd seen on this post. 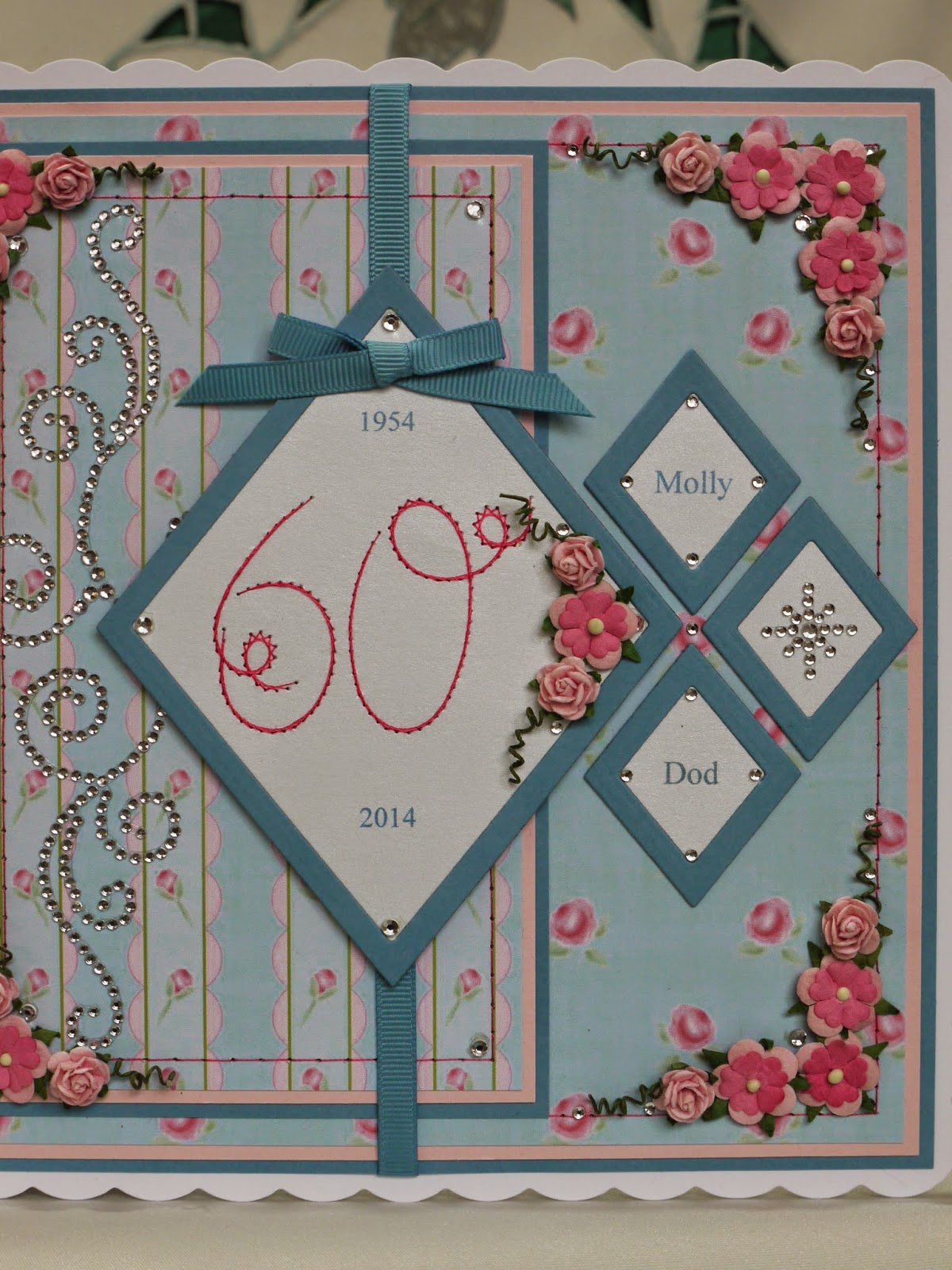 Peel offs and I don't get along as I never seem to get them straight but I'd got the idea in my head that I wanted to add a large gem swirl down the side of this card in a Sue Wilson style.  Not only was this a peel off on a large unwieldly scale it was my first attempt at using one of these but fortunately removing it from the backing sheet and attaching it to the card went more straight forward than I'd feared.  One of the smaller peel offs from the set was used on one of the small diamond toppers.  Single diamond gems, which are a lot more easy to control unless they jump for freedom as you try to remove them from the backing sheet, were also used to decorate the card. 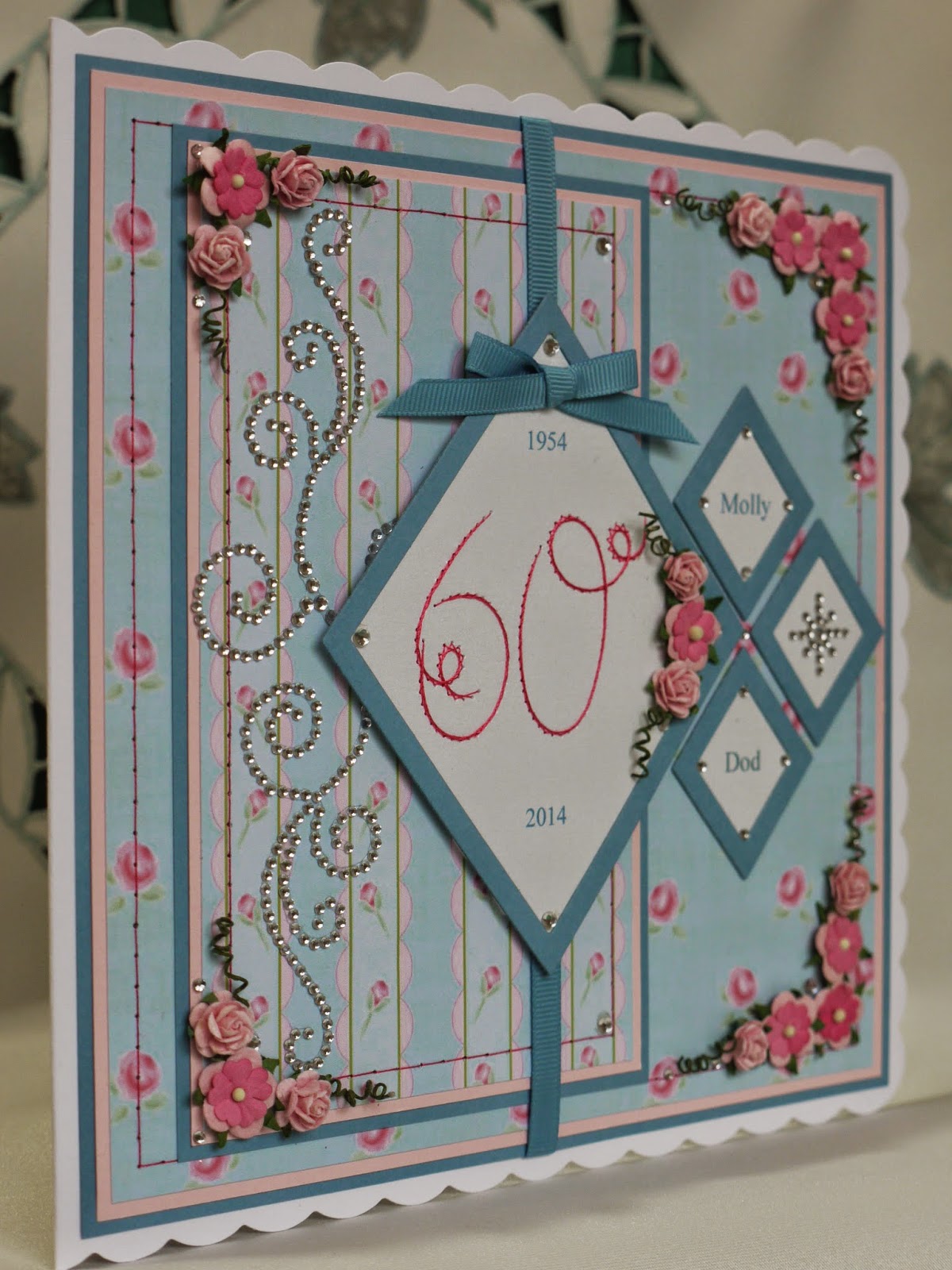 A stitched border was added to the two backing panels and the addition of paper flowers and roses were the final embellishments.  The verse below was printed from the computer and added to the inside of the card.
Twenty-five years of bliss had proved,
You’d made a good selection
Reaching silver, you went on to Fortieth
When a ruby joined your collection.
Another decade flew by
In matrimonial happiness
You attained gold...the pinnacle
Of blissful weddedness.
And now you’re at a stage,
Reached by very few
Sixty years brings diamond
Congrats to both of you.
But the “jewel” to be proudest of
More than gold, or any other
Is undoubtedly the enduring love
You have for one another. 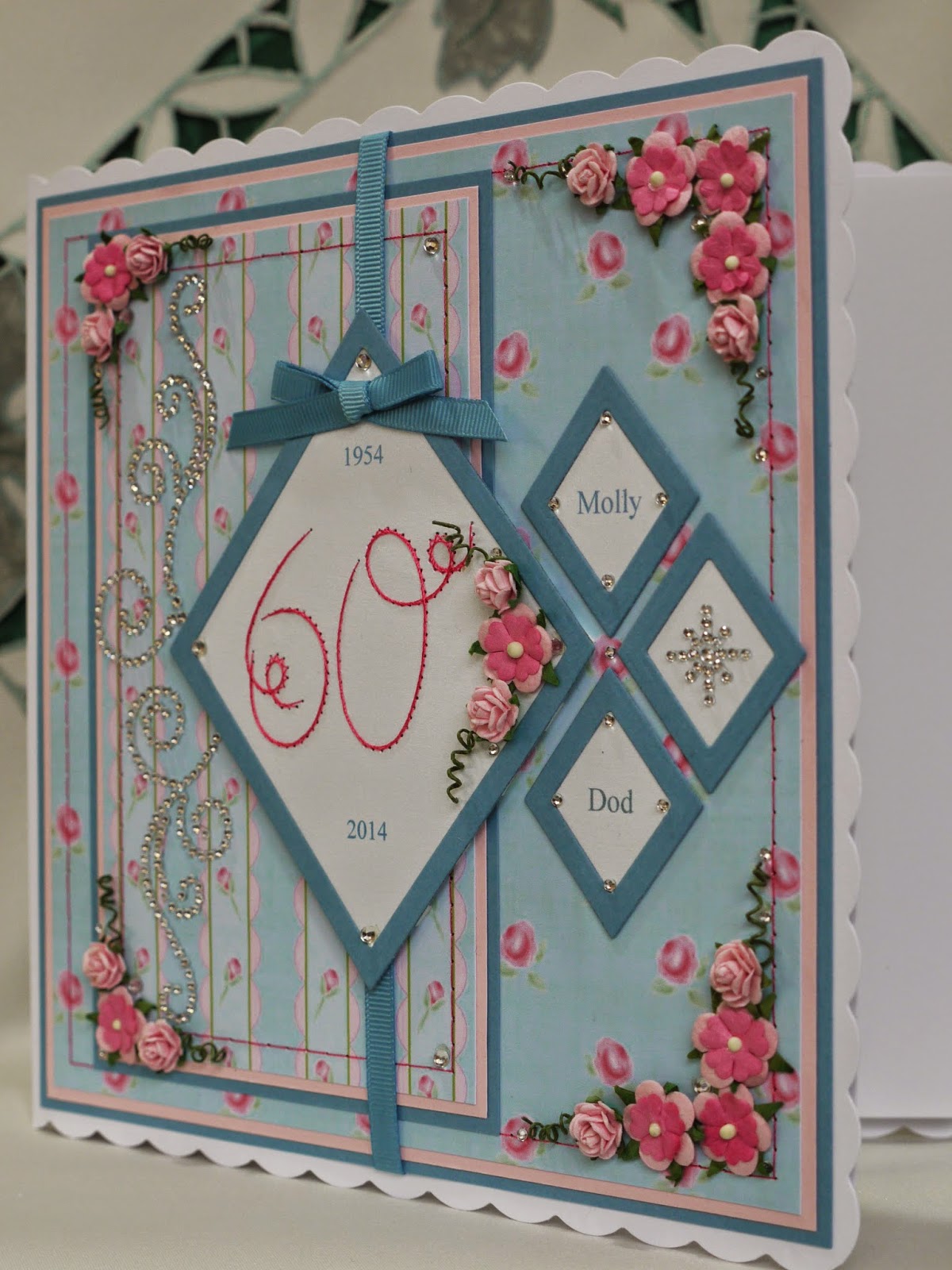 Just one more diamond card to share and that's the one I made for us to give them.