Since my last posting our Ian has celebrated his 21st birthday and this is the card I made for him. 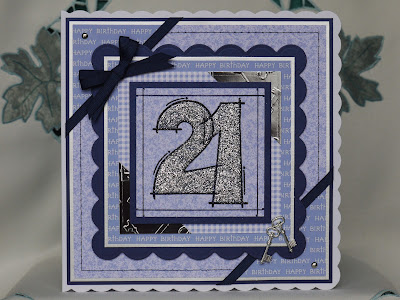 The twenty-one topper on the front of the card was made using a stamp from Woodware and the patterned papers are all from the Cuddly Buddly download A Patchwork of Papers Blue.  The 21 stamp was inked using VersaMark ink and then embossed using disco black embossing powder from Stampendous.  Once this had set the twenty one was die cut using a square Spellbinders die and the inside of the numbers were filled with art glitter glue and silver glitter.  A Woodware corner notch punch was used on each corner and a navy thread wrapped around the topper.  A few stray flecks of embossing powder had escaped and to add to this speckling I spritzed over the topper with a silver metallic pens which can just about be picked up in the photo below. 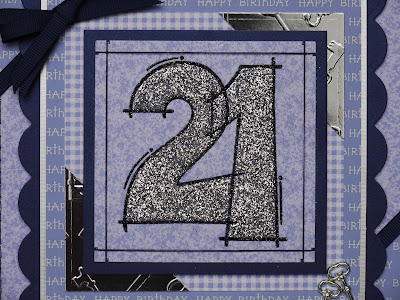 The card was put together in three tiers.  On the bottom one there are layers of blue pearlescent card and silver embossed card and a blue patterned paper.  The corners of the patterned paper were either stitched or had corners added on top made from the Happy Birthday paper.

The second tier has a scalloped square cut from blue pearlescent card paper. Layered on top of this is silver embossed card, Happy Birthday paper and blue gingham patterned paper.  Corners of silver mirri card embossed with a Darice keys embossing folder were added to this layer.

The 21 topper also layered on to the blue pearlescent card was the third layer.  The usual embellishments of ribbon and brads were used with the addition of two silver keys. 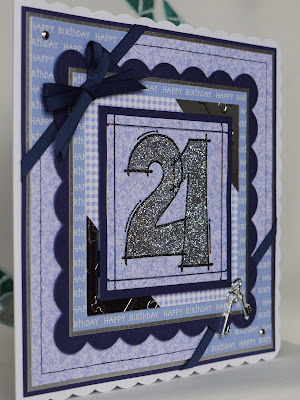 A double insert was made for the inside of the card using the blue gingham patterned paper for one layer and a message created on the computer for the second. 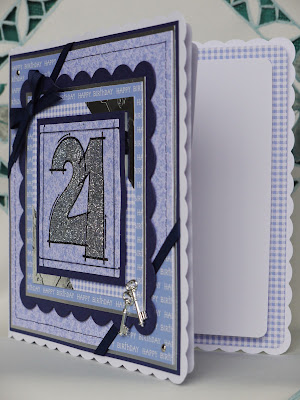 Ian wanted a quiet day of celebrations and here are a few photos from the day.

Presents and cards waiting for the birthday boy. 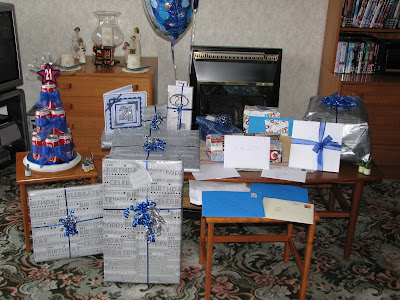 It's become a tradition at birthday's and Christmas that I wrap up a pack of coke as a present but this time I made a Coke Can Cake and even managed to find a coke bottle with his Ian's name on it. 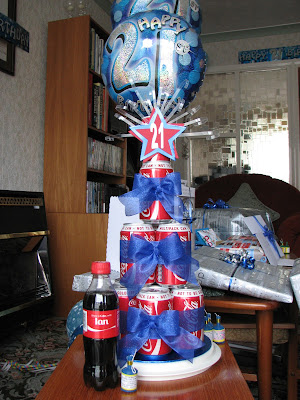 Some of Ian's favourite foods for lunch. 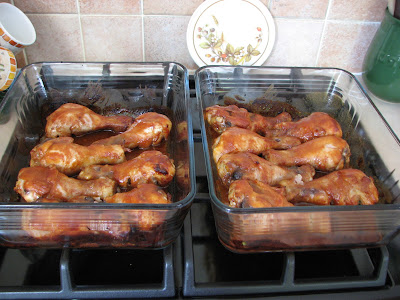 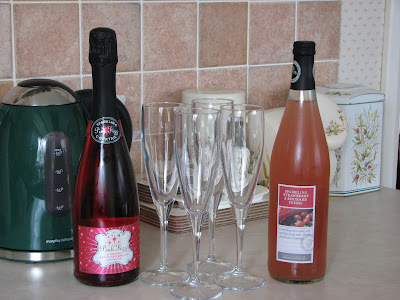 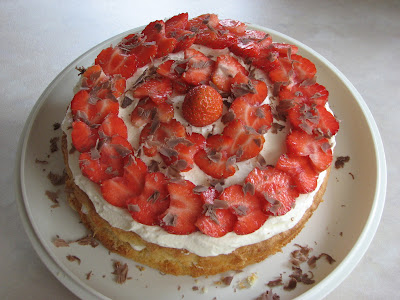 After a meal out in the evening it was back home for a piece of birthday cake. 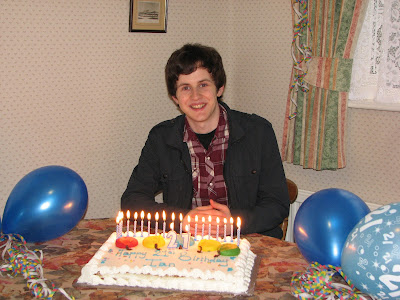 Us with the Birthday Boy 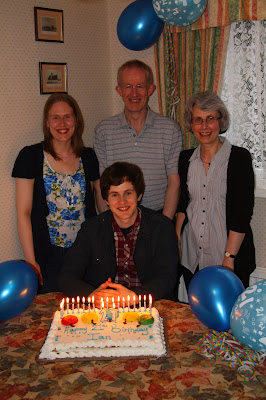 It's hard to believe Ian's reached this milestone age already and I hope the future holds good things in store for him.

I'd like to enter this card in the following challenge
Make It Monday - Anything Goes
Posted by Liz Miller at 00:59