Back again today with another male card.  This one was made back in November for my nephew's birthday.  I always struggle with cards for males unless they have a definite hobby or interest and even then you don't want to do the same theme for them year after year.  Through the year I'd been making cards using the 18th and 21st stamps from Woodware and at Christmas time I used their Noel stamp so when I saw this Just for U one it seemed ideal for those difficult birthdays, male or female, and for any age.  It could even be embellished to suit a theme.  This is how I used it for Angus's card. 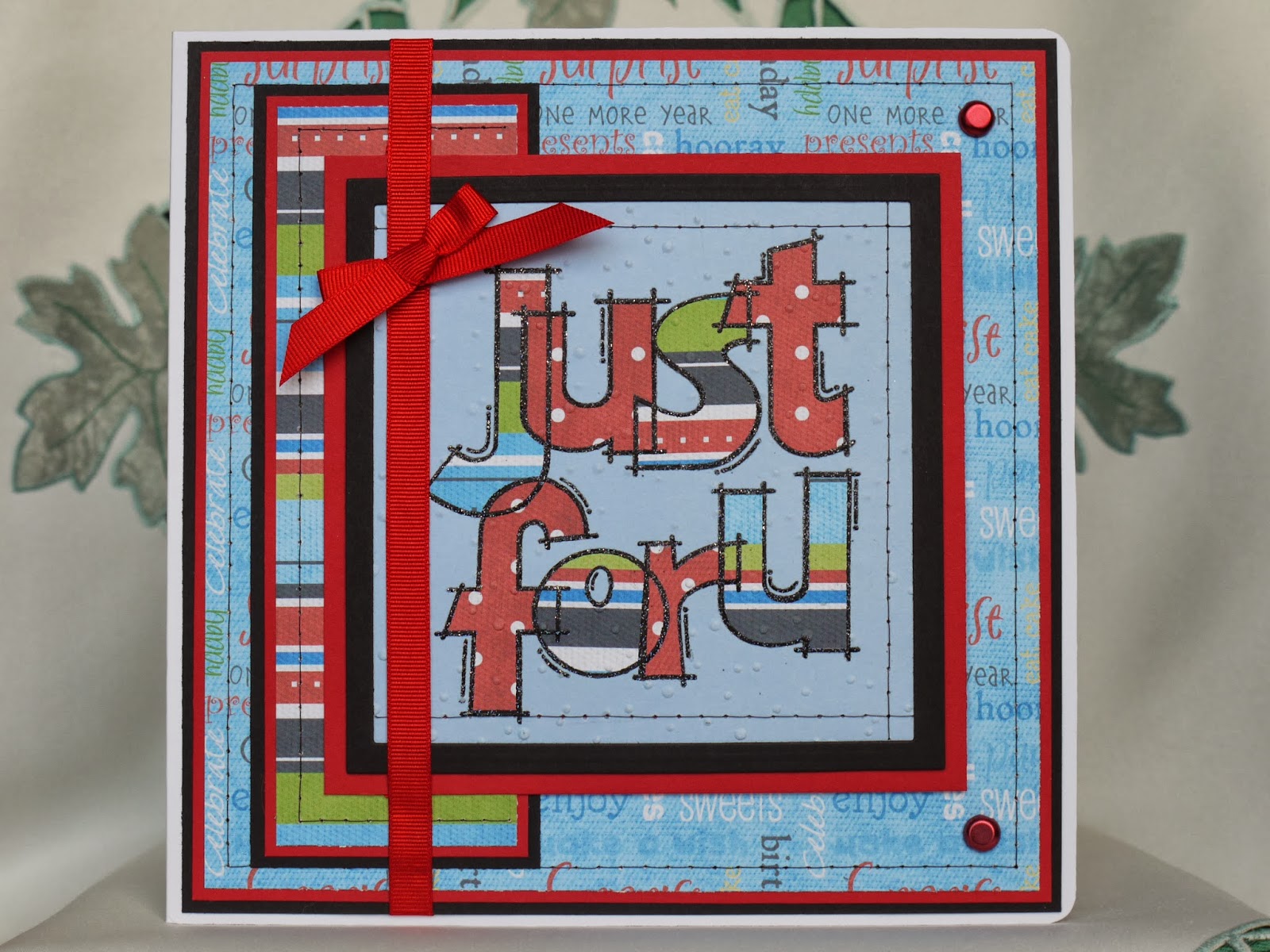 Just for U was stamped and embossed on to pale blue card using VersaMark ink and Disco Black embossing powder from Stampendous.  It was then stamped and embossed on to two different papers from the Nitwit Collection Candles and Cake.  Alternate letters were cut from each patterned paper design and then paper pieced on to the image on the pale blue card.  After that the whole thing was embossed using the Cuttlebug Falling Snow embossing folder.  This welds the paper piecing to the card and adds texture which you can see in the picture below.  A stitched border using black thread was added before the topper was framed and layered using square Grand Nestabilities dies. 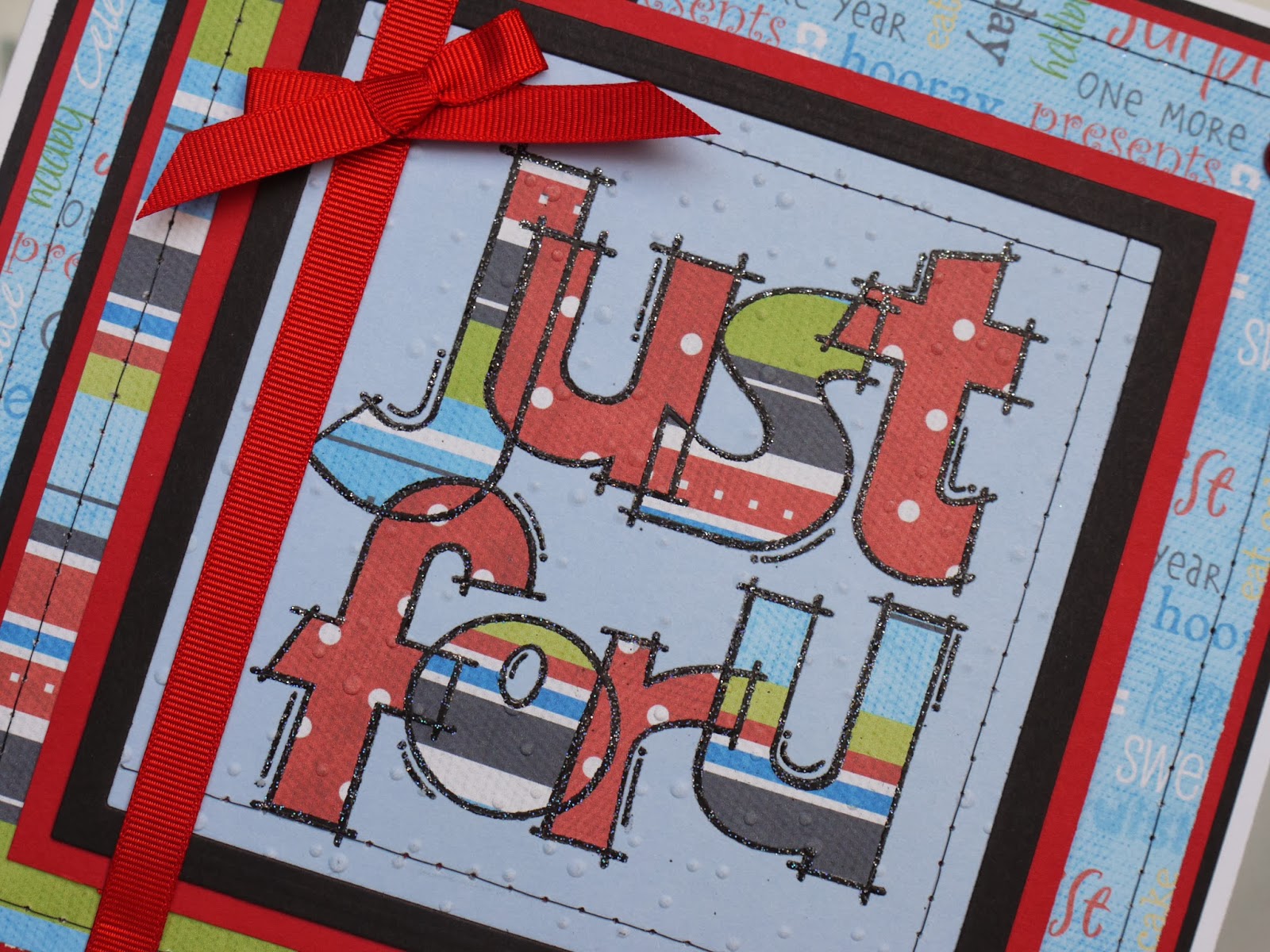 Panels made using the same black and red card and more papers from the same Nitwit Collection were added underneath the topper. 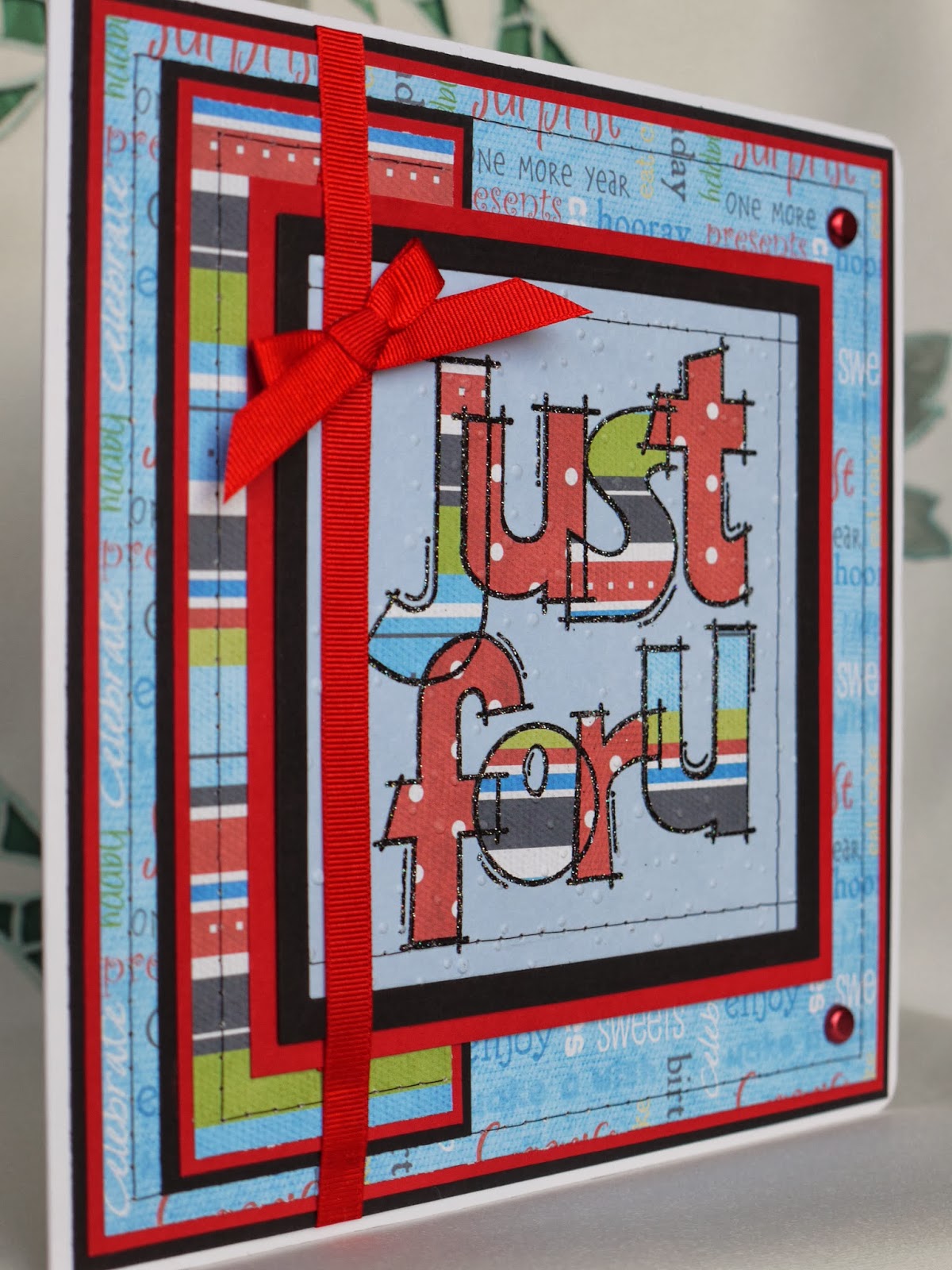 Two metallic red brads and Real Red grosgrain ribbon were the only embellishments and on the inside an insert created on the computer was added. 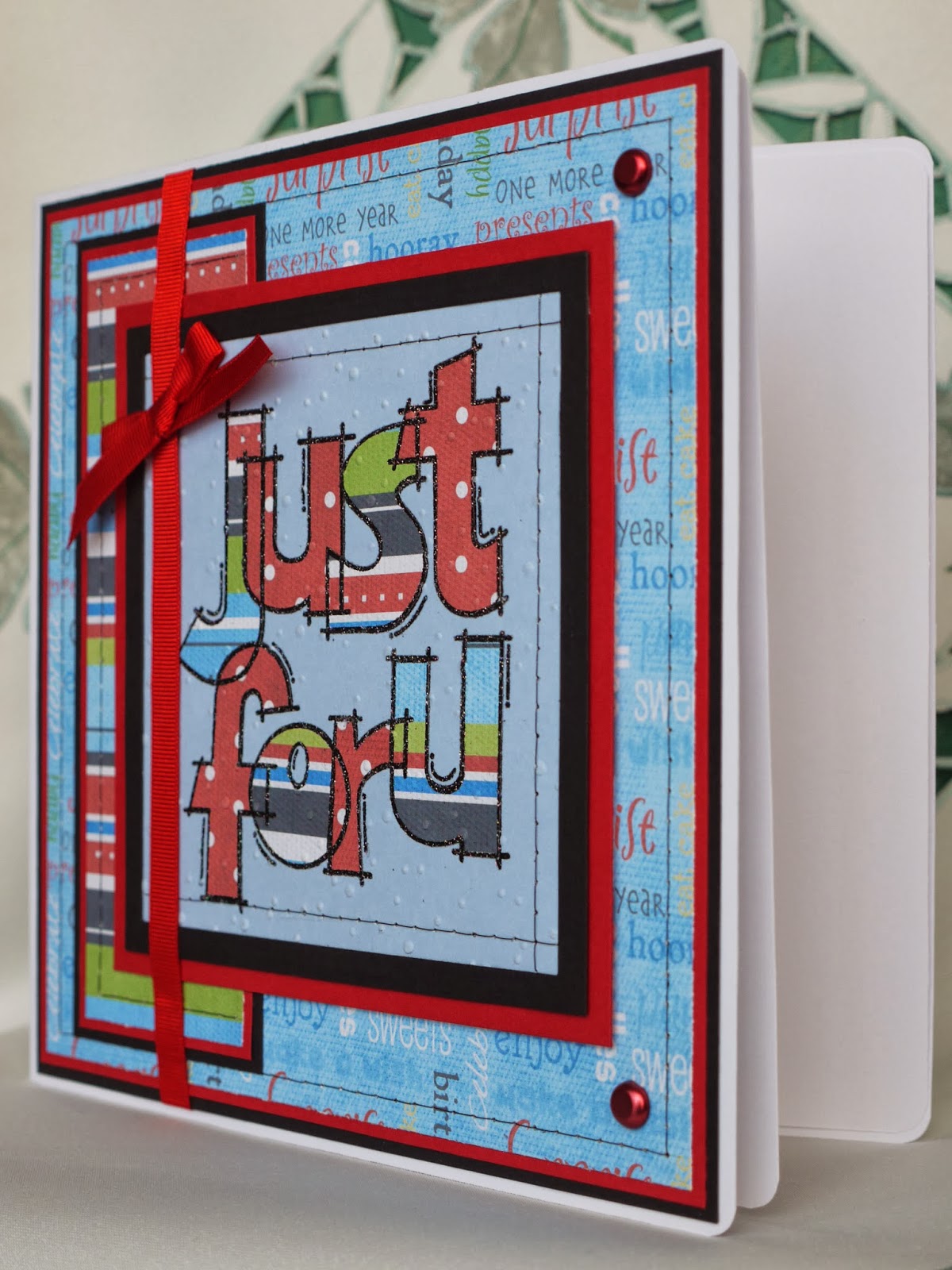 When we met up with my sister and her family at the Highland Wildlife Park back in August it had been some time since I'd seen Angus and his sister Leanne so I wanted to have some photos to keep as a record of our day out together.  Angus doesn't like to have his photo taken and is such an active young lad that this proved to be mission impossible as the photos below show.  Blink and you missed him.  It was better to sneak up and catch him unawares. 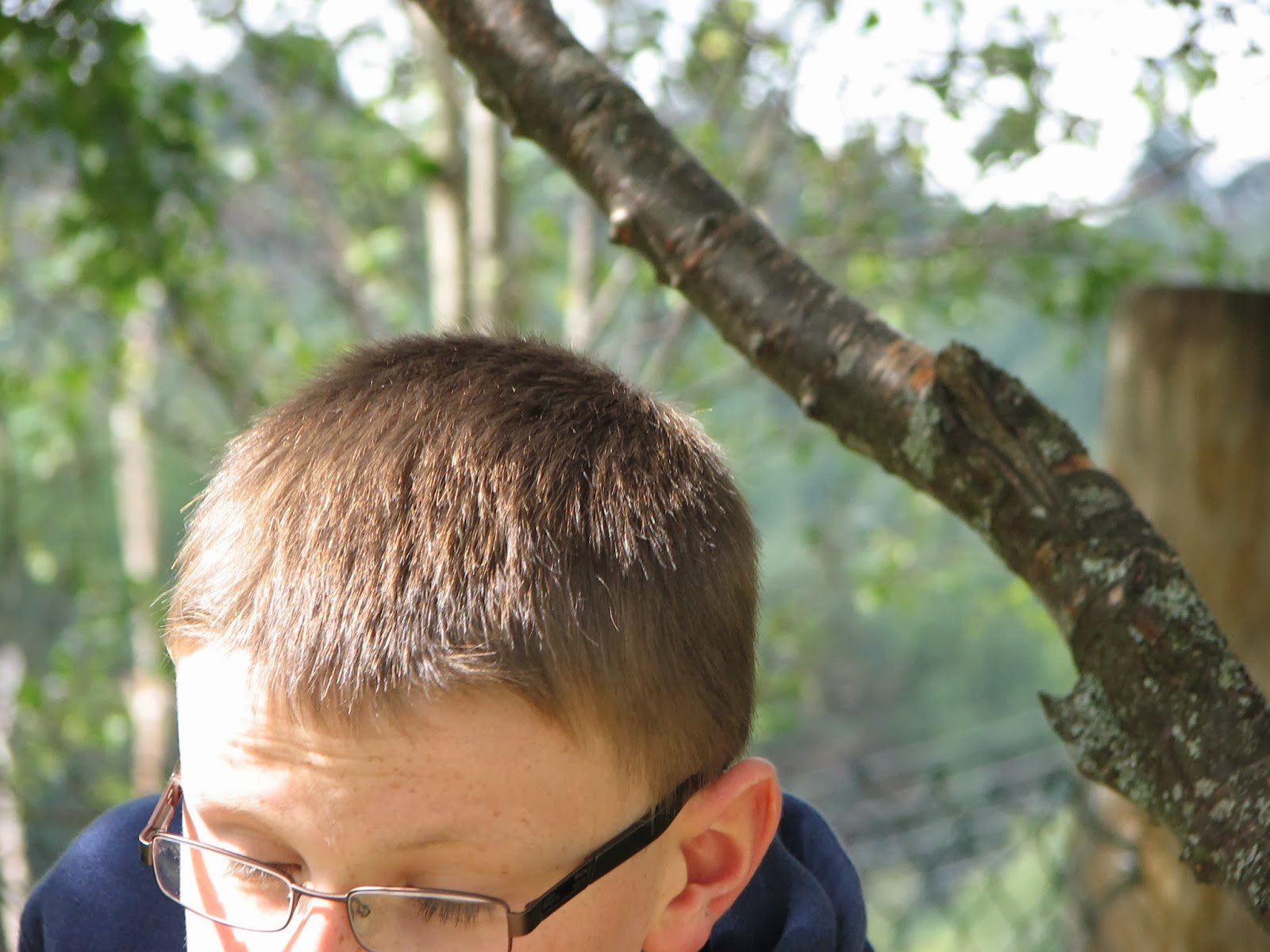 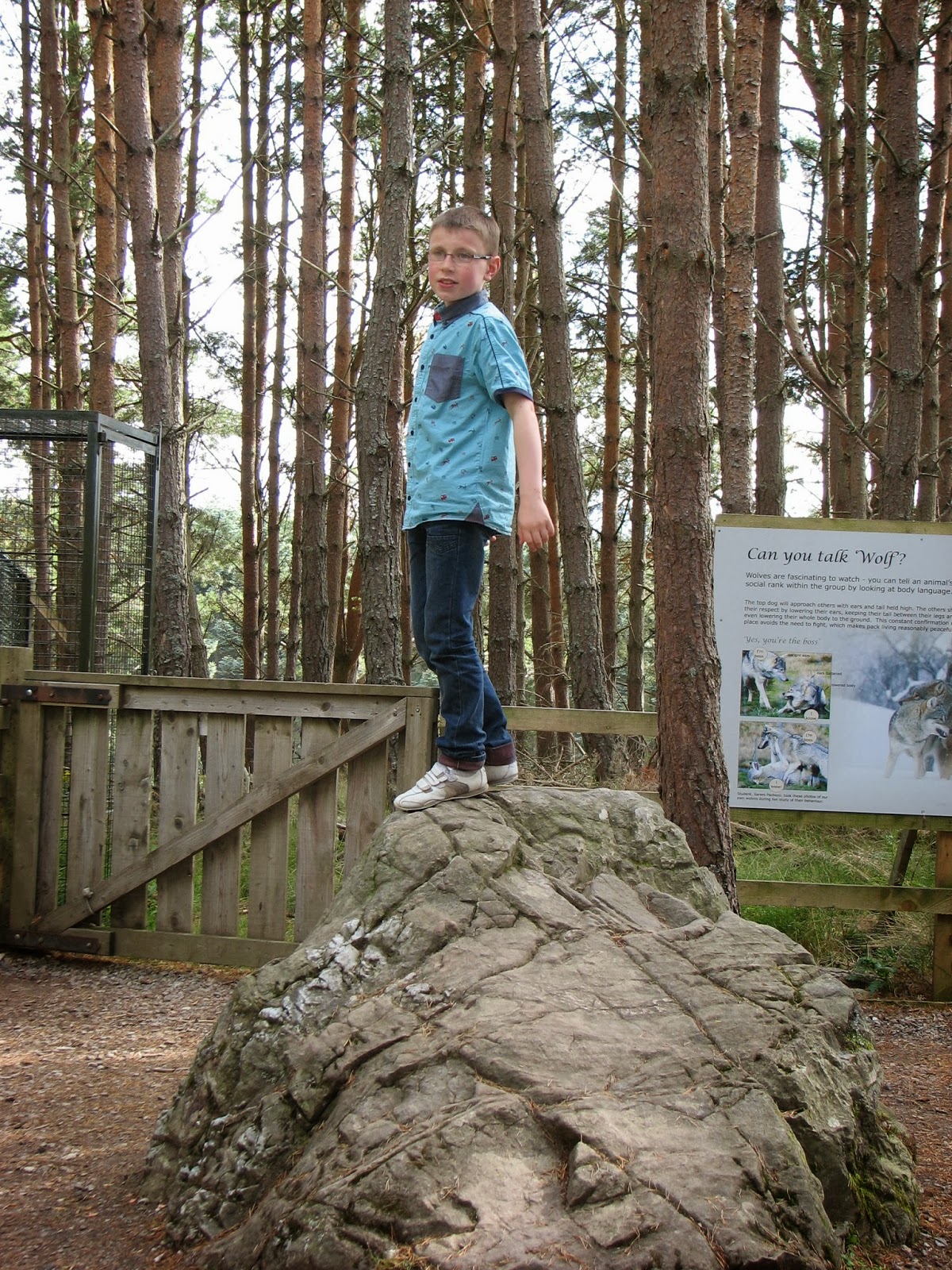 He did sit long enough with us and his family to have a few photos taken though. This is us with Leanne and Angus. 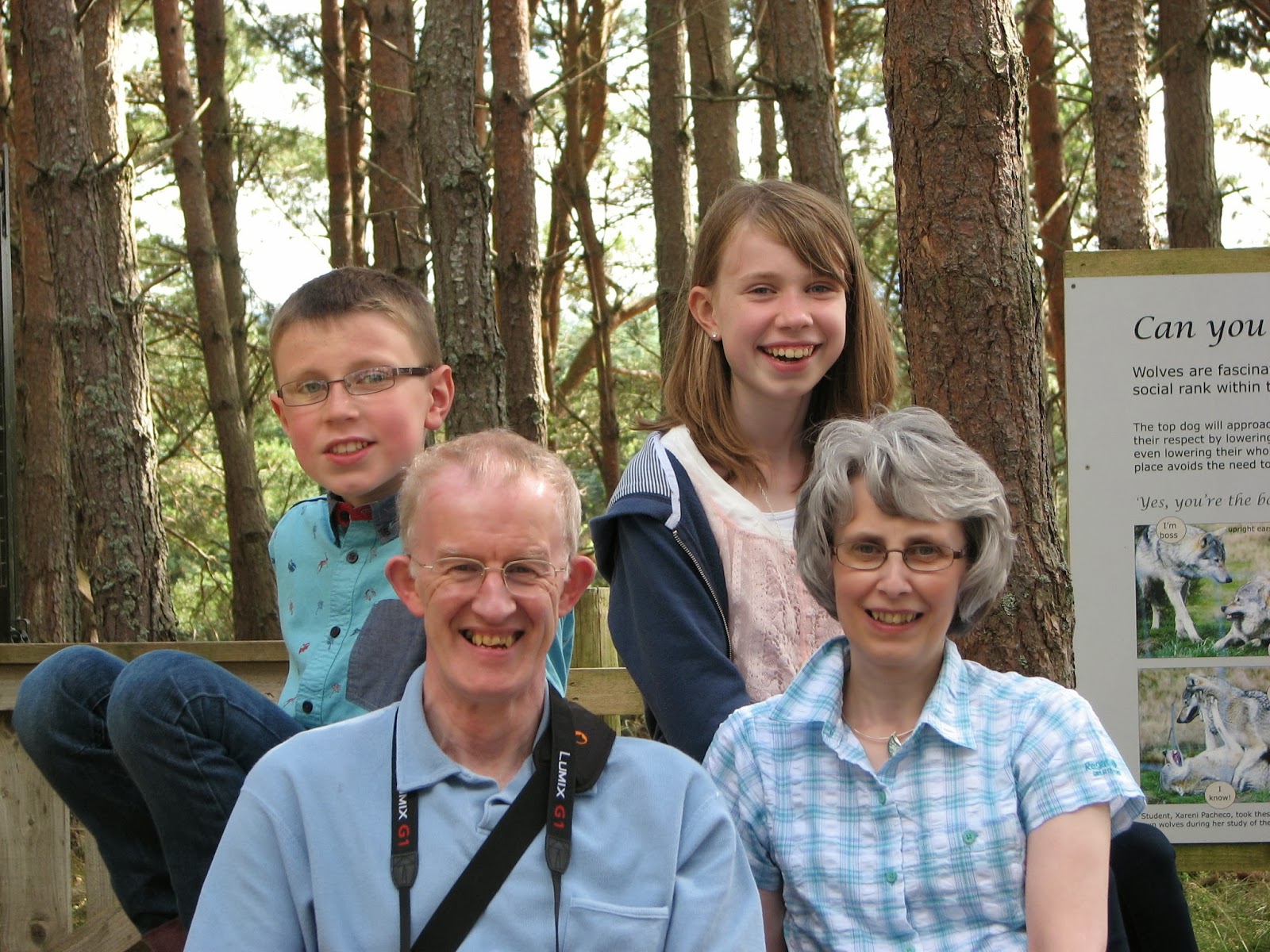 At the end of this photo session they were getting fed up so it was decided to do a silly pose to finish off with.  The rest of his family were quite willing to oblige but I think Angus's pose says exactly what he was feeling at having sat still for so long. 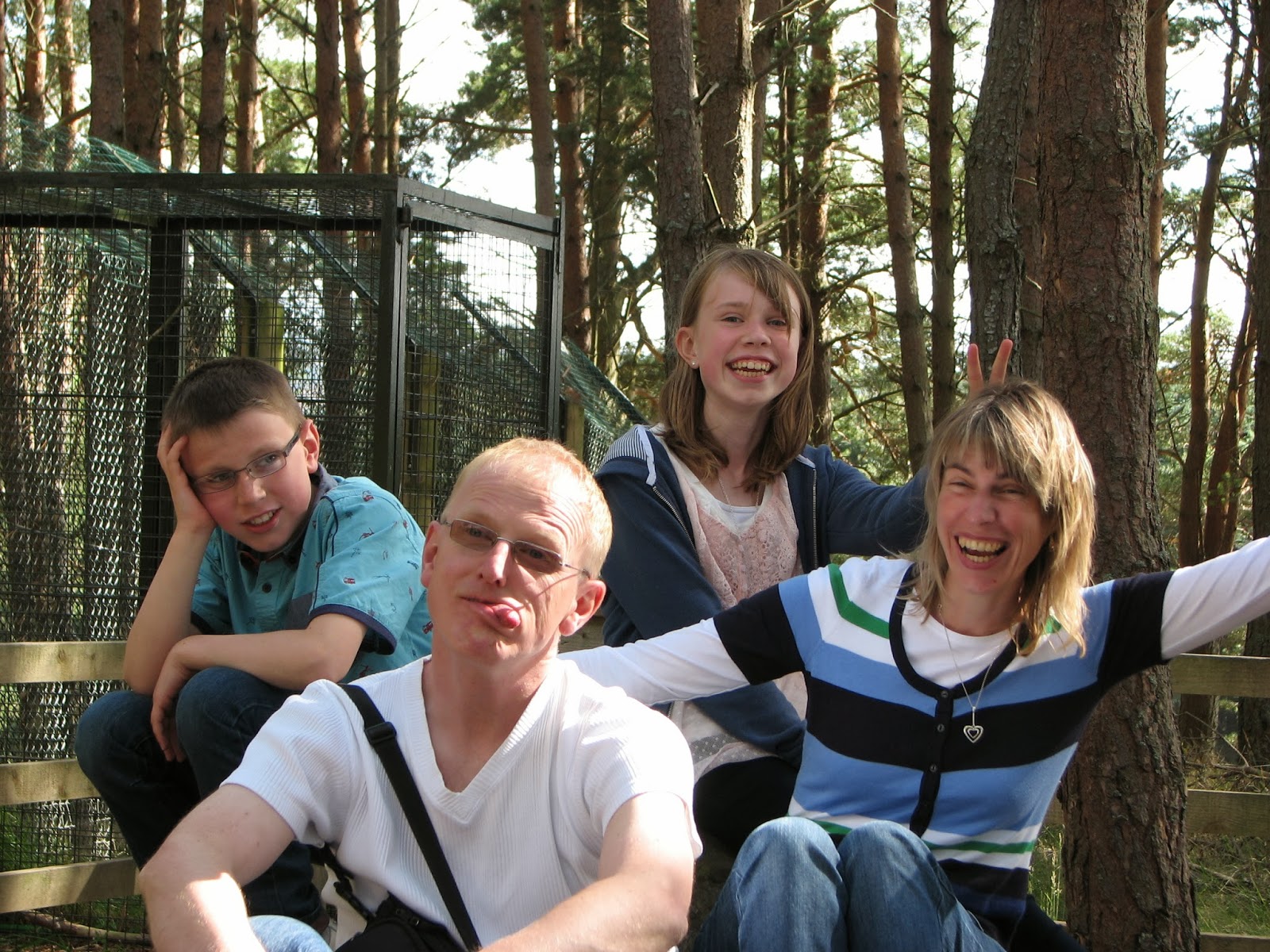