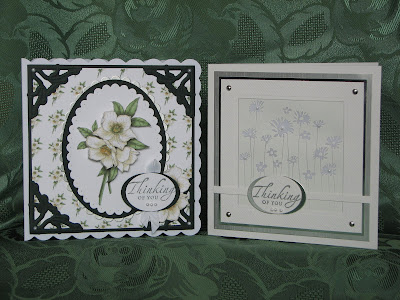 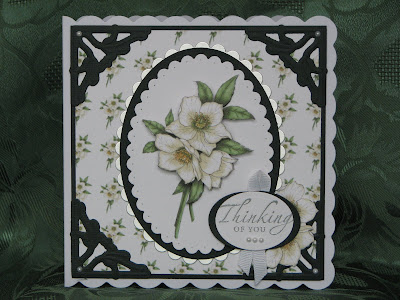 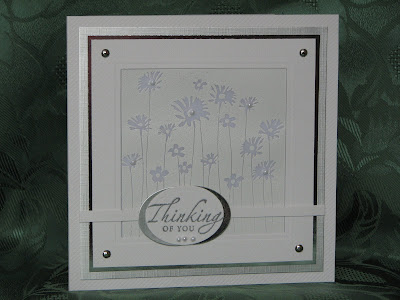 This weekend my husband and I attended the funeral service of his cousin Mary who had lost her battle with cancer.  The last time we had been in Mary's company was just over eighteen months ago when we were all visiting my husband's Mum.  It was a sad occassion as both these ladies knew their health situation was such that they might not see each other again and I know it vexed them both.  Since then we have lost both of them as my mother-in-law passed away last July.  What they both had in common though was a very strong faith.  I don't think I've been at a funeral service where such a fitting tribute was paid to someone and her passing will have left a big hole in the lives of those who were close to her.
The cards in this post were for her two sons.
Thanks for reading
Liz x
Posted by Liz Miller at 01:02