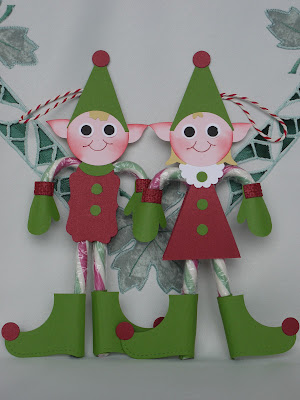 Just a bit of Christmas fun today.  These cheeky elves were made during one of our Tuesday afternoon Crafting Bee's with Carol.  Carol is a Stampin' up demonstrator and she used their products to make up kits so that we could all make these cute characters.  A wide range of their punches and dies were needed and some punched pieces are not what they were originally intended to be used for.  The ears are actually bird wings from the build a bird punch and the hair is from the main body of the build an owl punch.  Someone was really thinking outside the punch when they came up with this idea. 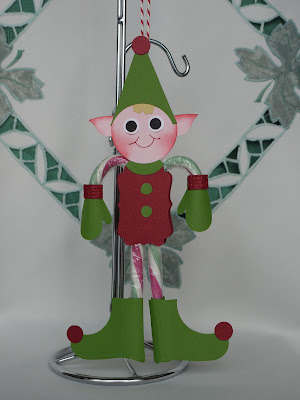 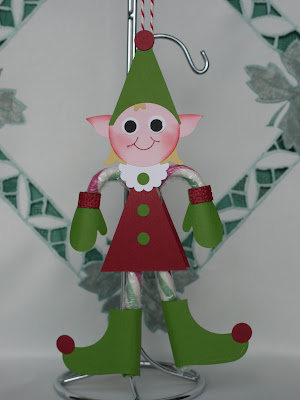 We had great fun putting these together although there were a few mishaps along the way as a couple of legs got broken, one of mine got ink on an eye so it had conjuctivitis, ears were put on the wrong way up, hands were attached with the thumbs going in the wrong direction and bodies were attached too high up the candy canes so that they looked like hunch backs but nobody really cared as it added to the fun.

I'd like to enter this project in the following challenges
Make It Monday - Anything Goes
Posted by Liz Miller at 01:52