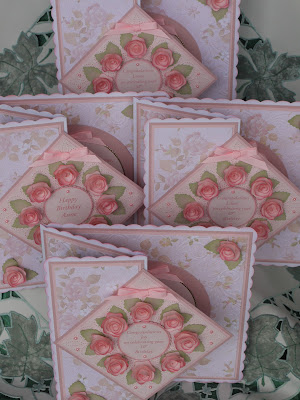 As well as batch making Christmas cards I've been batch making birthday cards too.  This year there were four celebrating special "0" birthdays in December so I cased a card I recently made for an eightieth birthday to make three of them and I also made this card for a crafting buddy who celebrates her birthday tomorrow.  Amongst the two crafting groups I attend there are five crafters who have birthdays in December.  There must be a link between those under the sagitarian and capricorn birth signs and being creative.

The fiftieth birthday card is for a cousin whose birthday was on the 8th of December.  Her family managed to organise a surprise party and her brother and sister-in-law secretly travelled all the way up from Weston Super Mare to Orkney to celebrate with her. 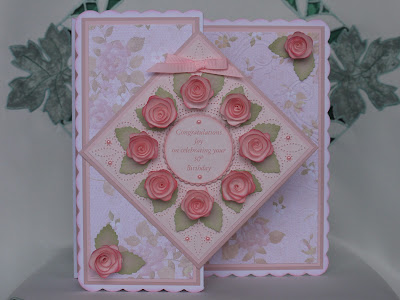 The thirtieth birthday card was for a nephew's wife who celebrate her birthday on the ninth of December. 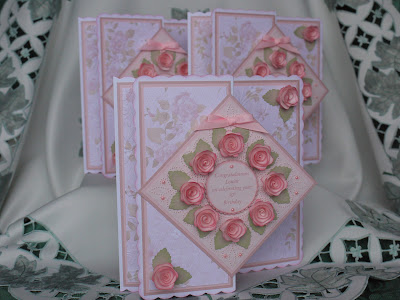 Lilian is a friend who will celebrate her sixtieth birthday on Christmas Eve. 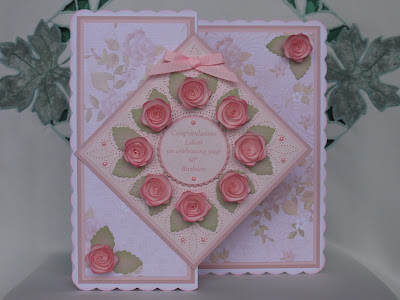 Tomorrow is crafting buddy Anne's birthday and as well as exchanging Christmas cards and presents at Crafting Bee today we were also passing on birthday cards and presents to Anne and sharing a chocolate cake with her.  That was our last meeting for this year and I'm sure we'll all be looking forward to getting together again in January. 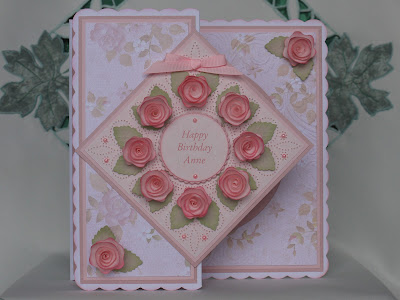 Just one more birthday card and one more Christmas card to make and that will be it for this year.  After the splurge of Christmas card making during these past two weeks I think I'll be glad to have a break for a couple of weeks now.

I'd like to enter these cards in the following challenges
Make It Monday - Anything Goes
Posted by Liz Miller at 15:15