The card in this post is a duplication of the ones in the previous post, Special Male Birthdays, but there is an extra special story about the recipient added at the end.  This version was for an uncle who celebrated his 80th birthday at the beginning of March. 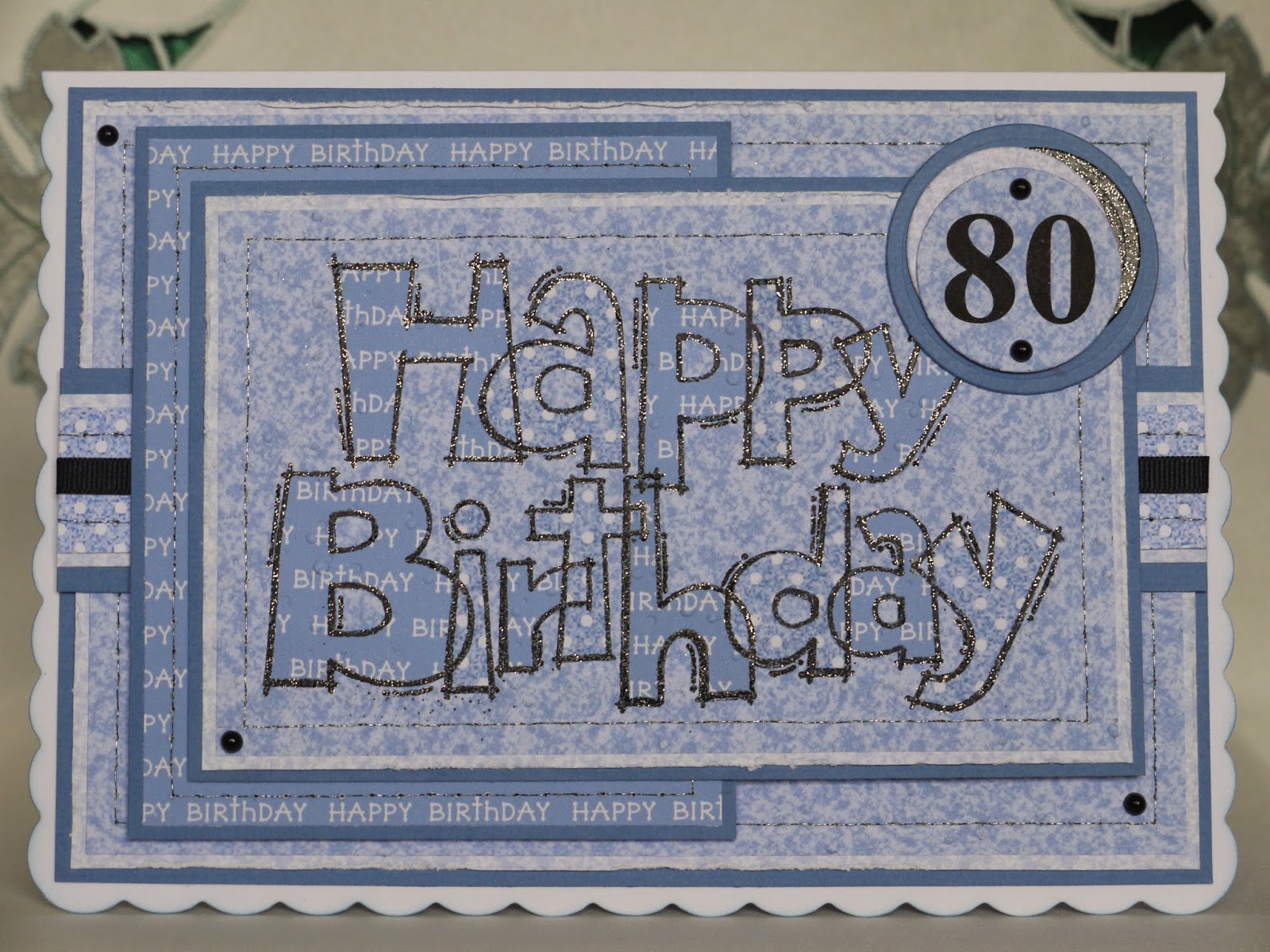 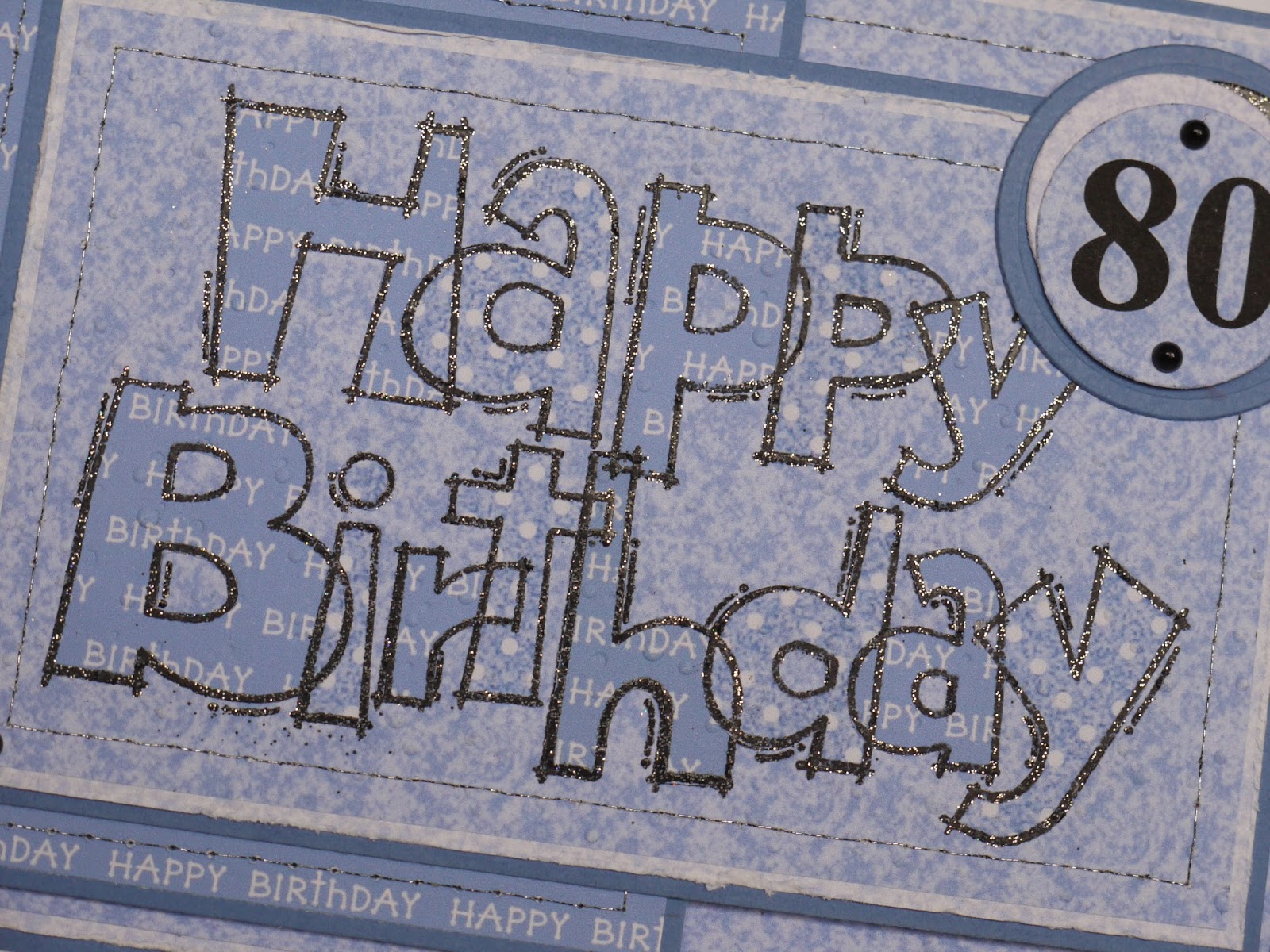 The layout and papers used were the same as before with the addition of black grosgrain ribbon wrapped around the strip of card underneath the main toppers. 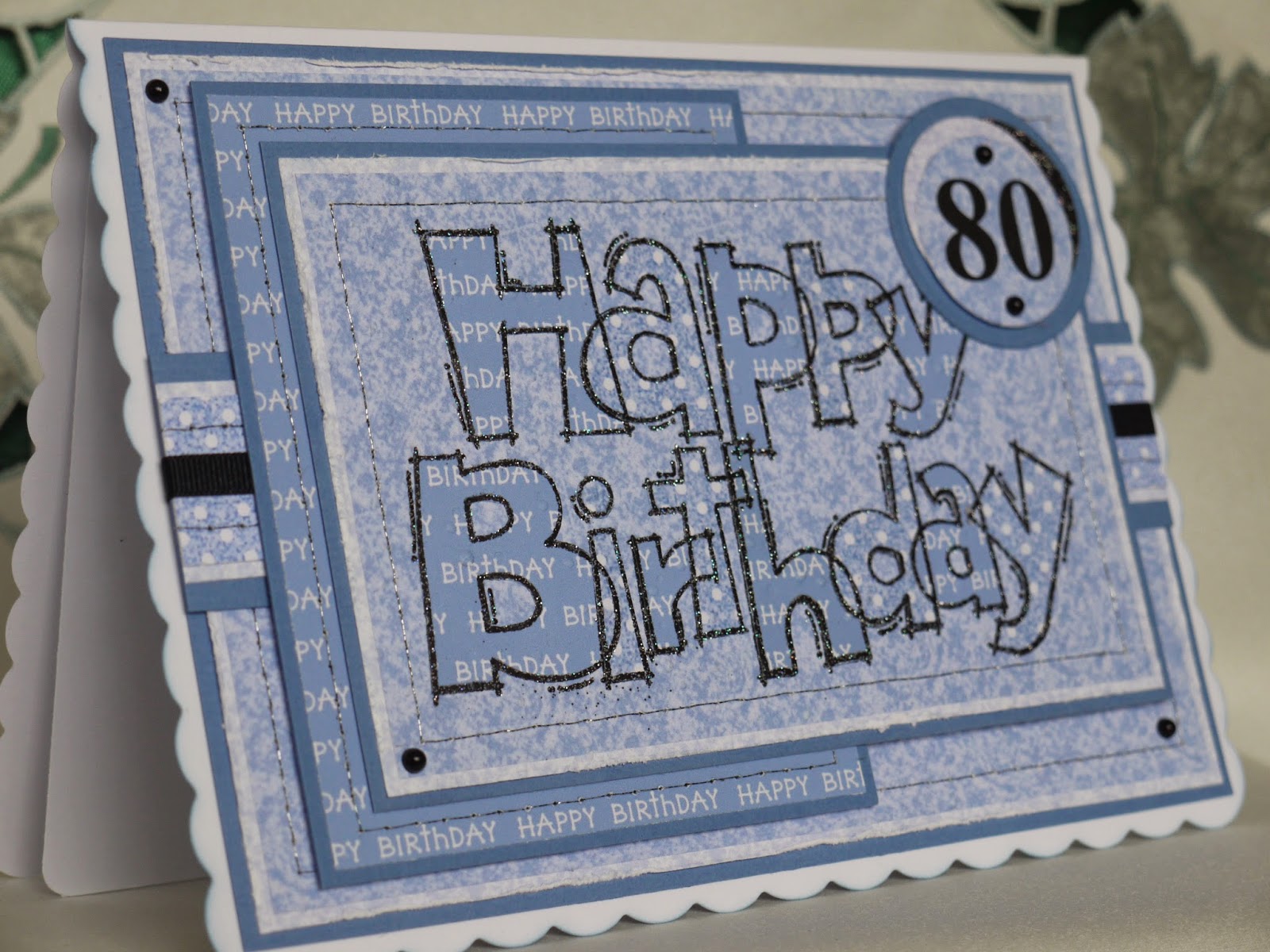 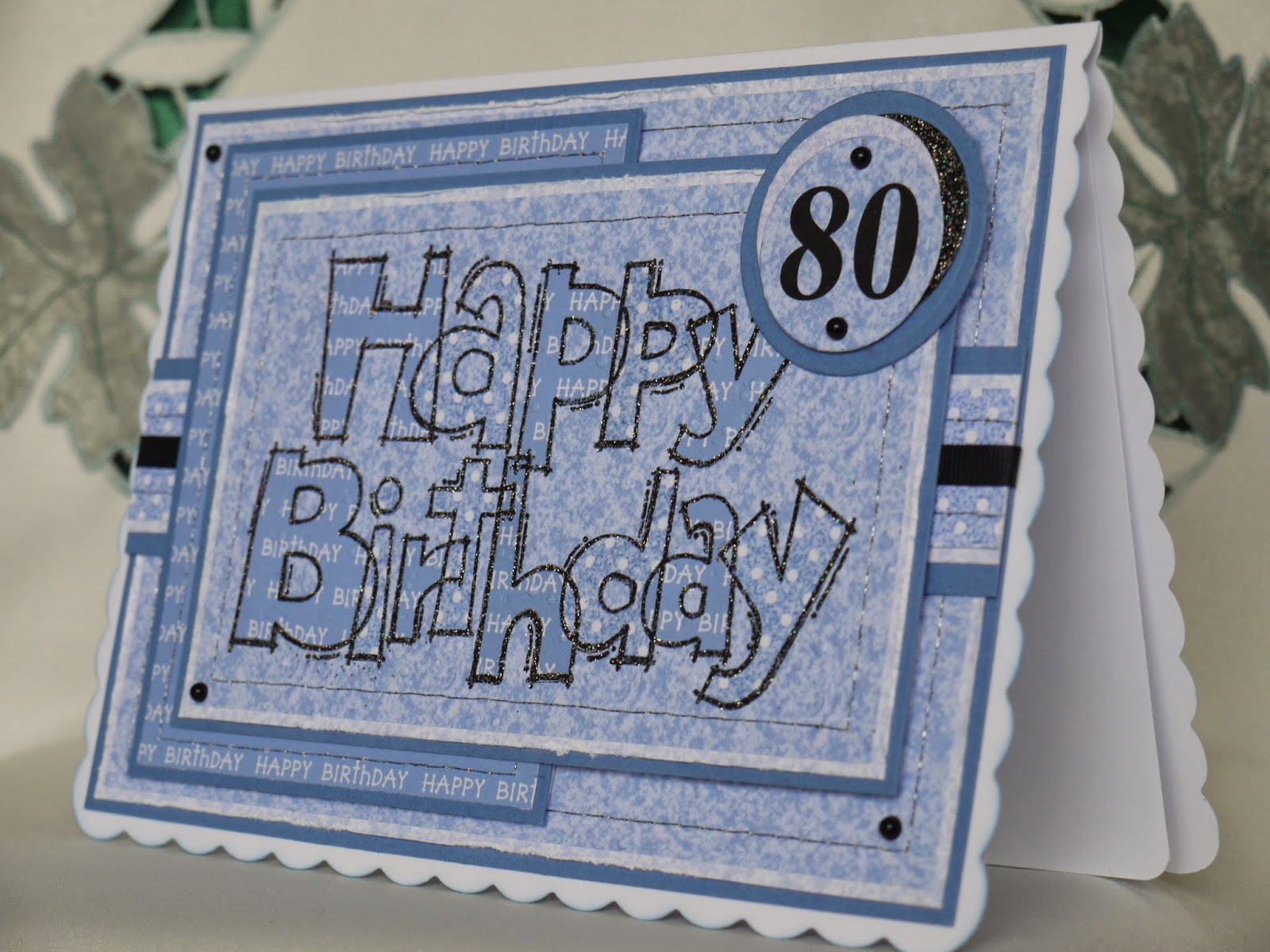 As well as celebrating his special "O" birthday Uncle Bob received a special award from Oban Celtic Shinty Club for his dedication to them over the years.  In 1997 my cousin Robert, who was a keen shinty player, died at the age of eighteen as a result of a car accident.  He was a keen shinty player and in his memory a trophy was donated to the club by friends and colleagues which is played for annually in a friendly match.  This took place on the 22nd of February this year and Oban Celtic kept the trophy at home.  It was at the trophy presentation that Uncle Bob also received his award.  As you can see in the photo below he was delighted for this recognition. 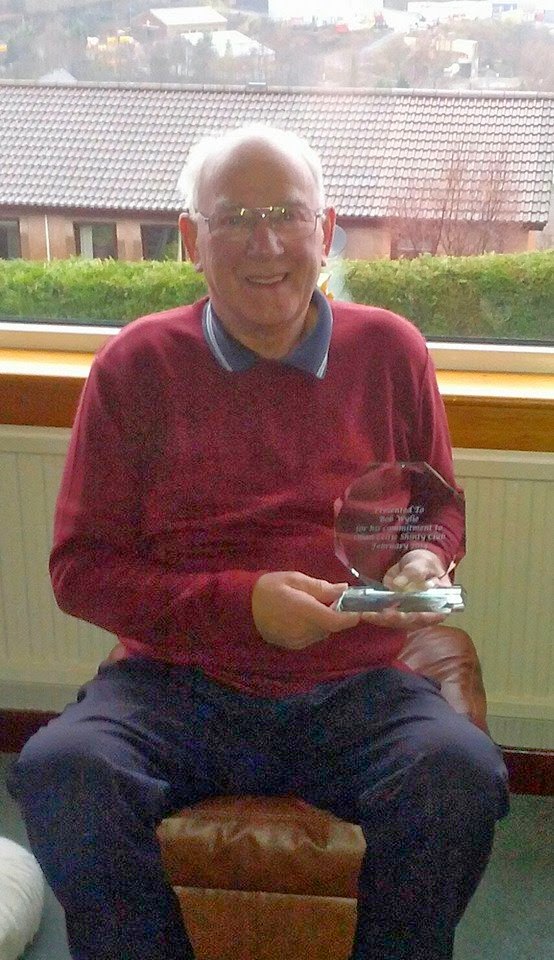