There aren't too many birthdays amongst family and friends at the beginning of the year but this year there have been several males, who I don't normally make a birthday card for, celebrating landmark birthdays.  It was the Woodware large word stamp Happy Birthday which was used to make cards for these gentlemen and it was paper pieced in the same way that I've been using their Just For You stamp.

The first birthday was for brother-in-law Stewart who lives in Norway but drives a removal truck usually between Norway and Spain and it was on one of these journey's that he celebrated his 65th birthday. 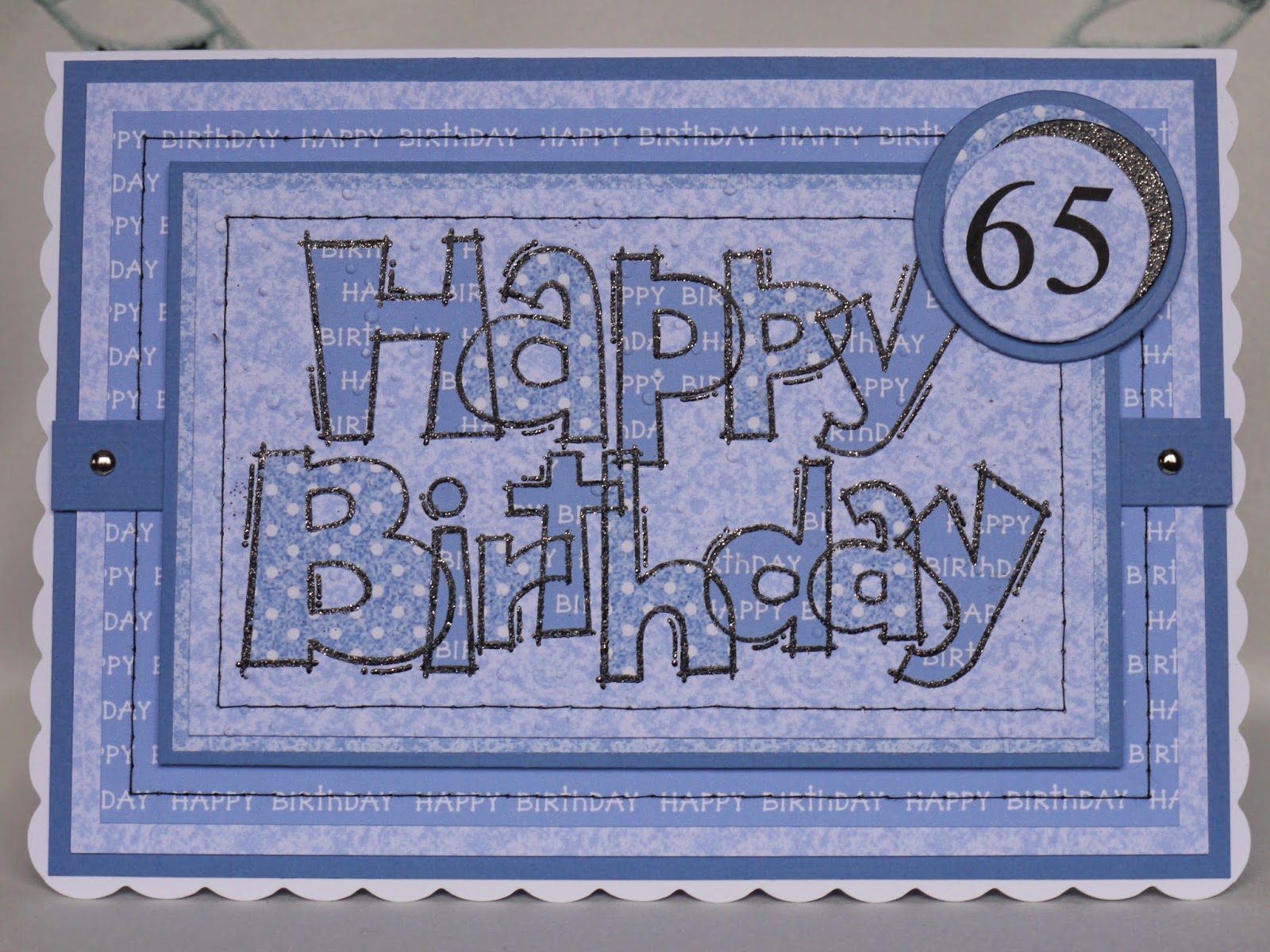 Blue card and patterned papers from the Cuddly Buddly download A Patchwork of Papers Blue were used to make this card.   The Happy Birthday stamp was stamped and embossed using VersaMark ink and Disco Black embossing powder from Stampendous.  It was then stamped and embossed on to two different patterned papers from the collection and alternate letters were cut from each patterned paper design and paper pieced on to the main stamped image.  Once completed the topper was embossed using the Cuttlebug Falling Snow embossing folder.  This welds the paper piecing to the card and adds texture which you can see in the picture below.  A stitched border using a black and silver mix thread was added to frame the sentiment before layering it up with patterned paper and blue card to make the main topper. 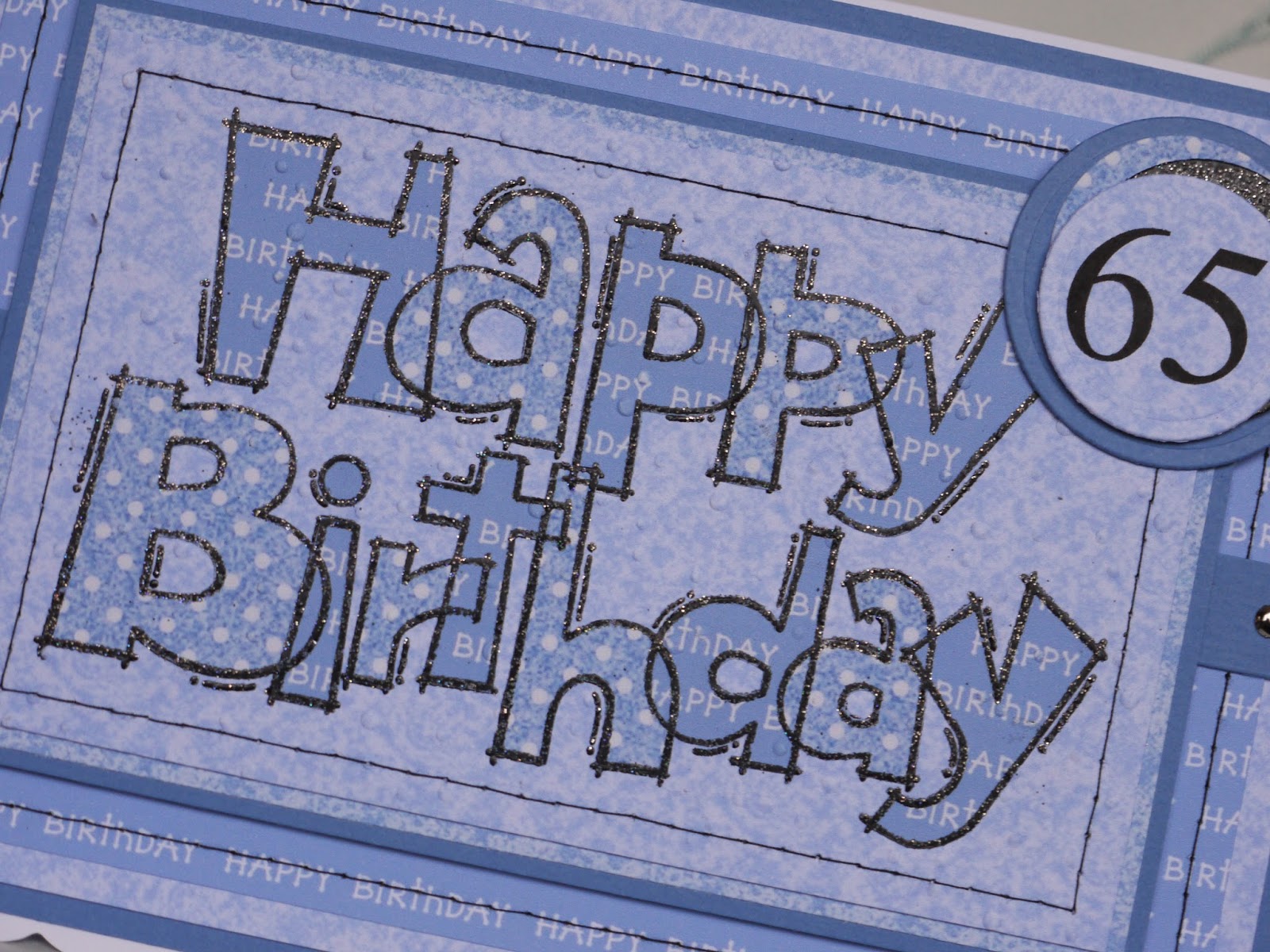 The topper was attached to the card using foam pads to raise it over a strip of blue card and on to more layers of patterned paper and blue card. 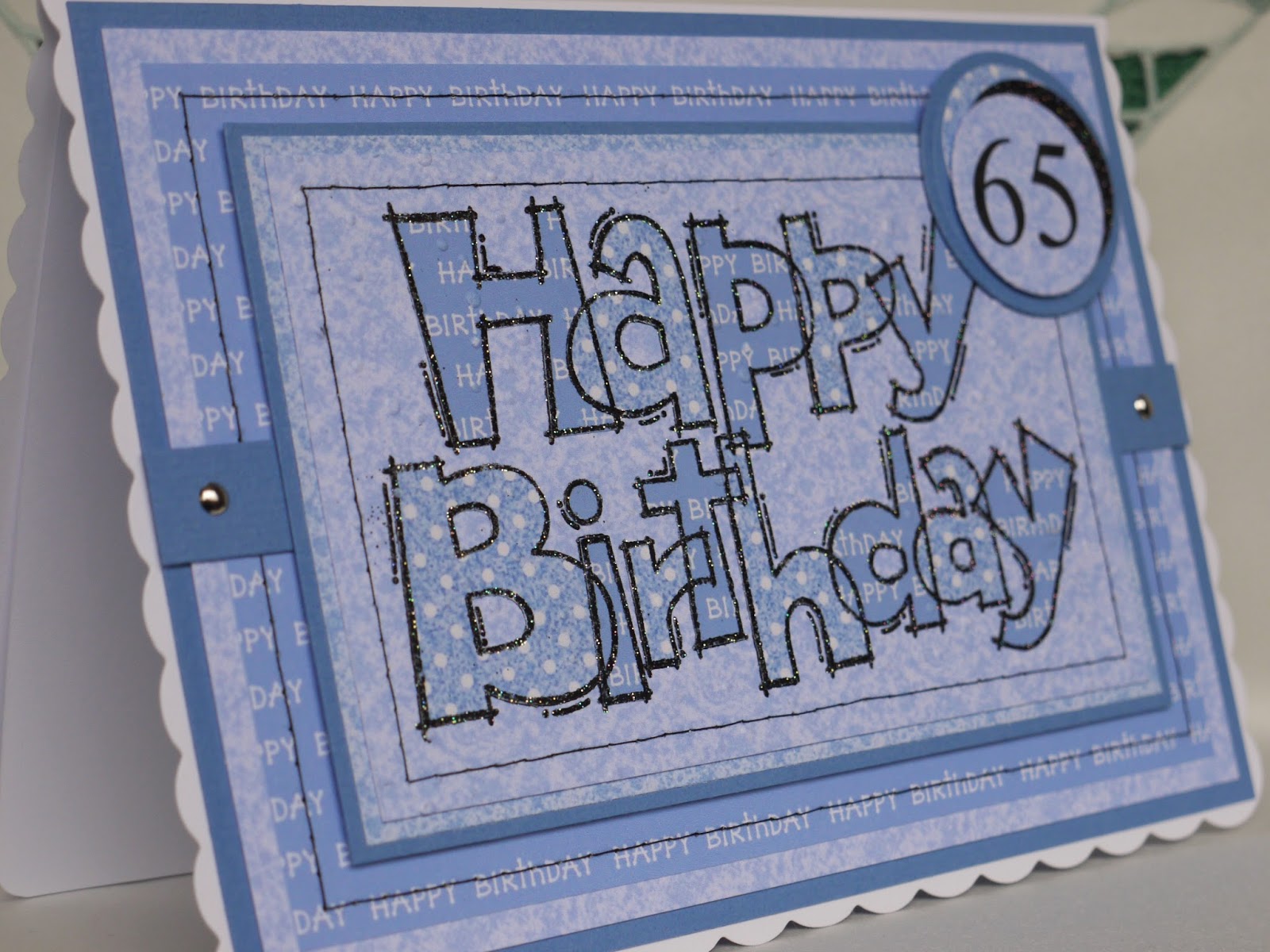 The sixty-five was printed from the computer and layered on to circles cut using Spellbinders plain circle dies.  A VersaMark ink pad was dabbed on to blue card and then embossed using Stampendous Disco Black embossing powder to create a piece of black sparkly card to cut a circle from.  The only extra embellishments were the silver brads.

The second of these cards was for one of Ian's friends who was celebrating his 21st birthday. 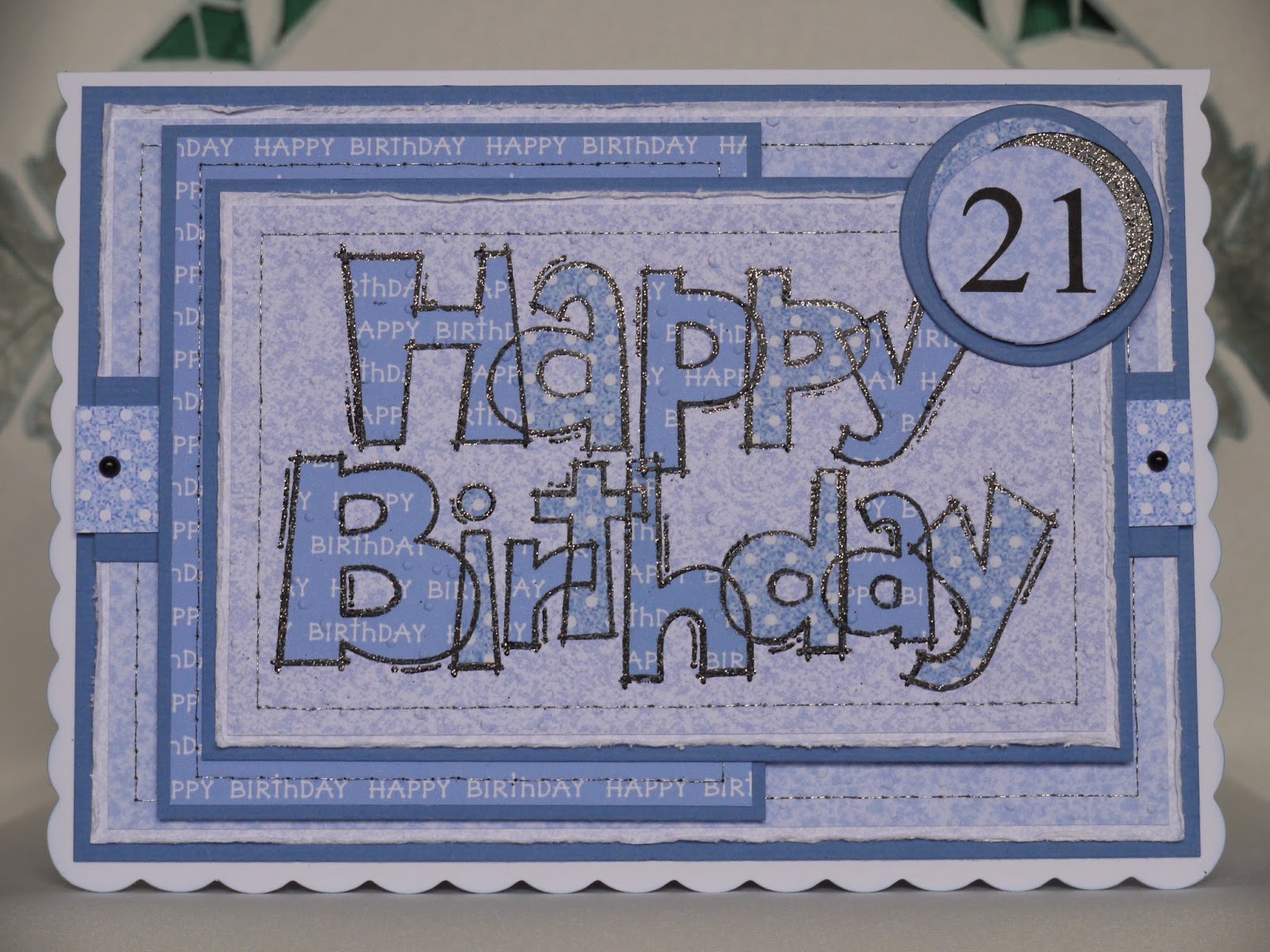 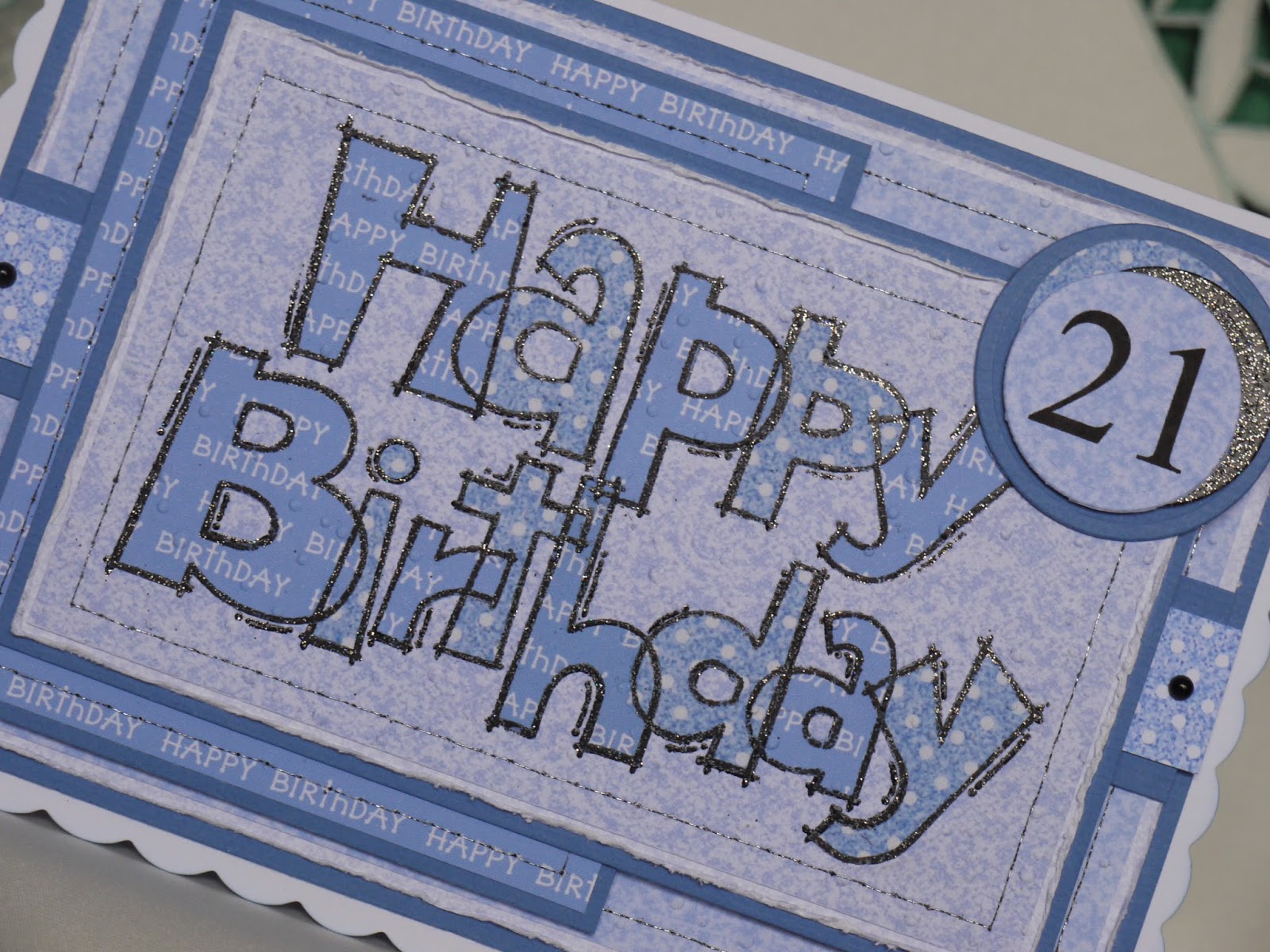 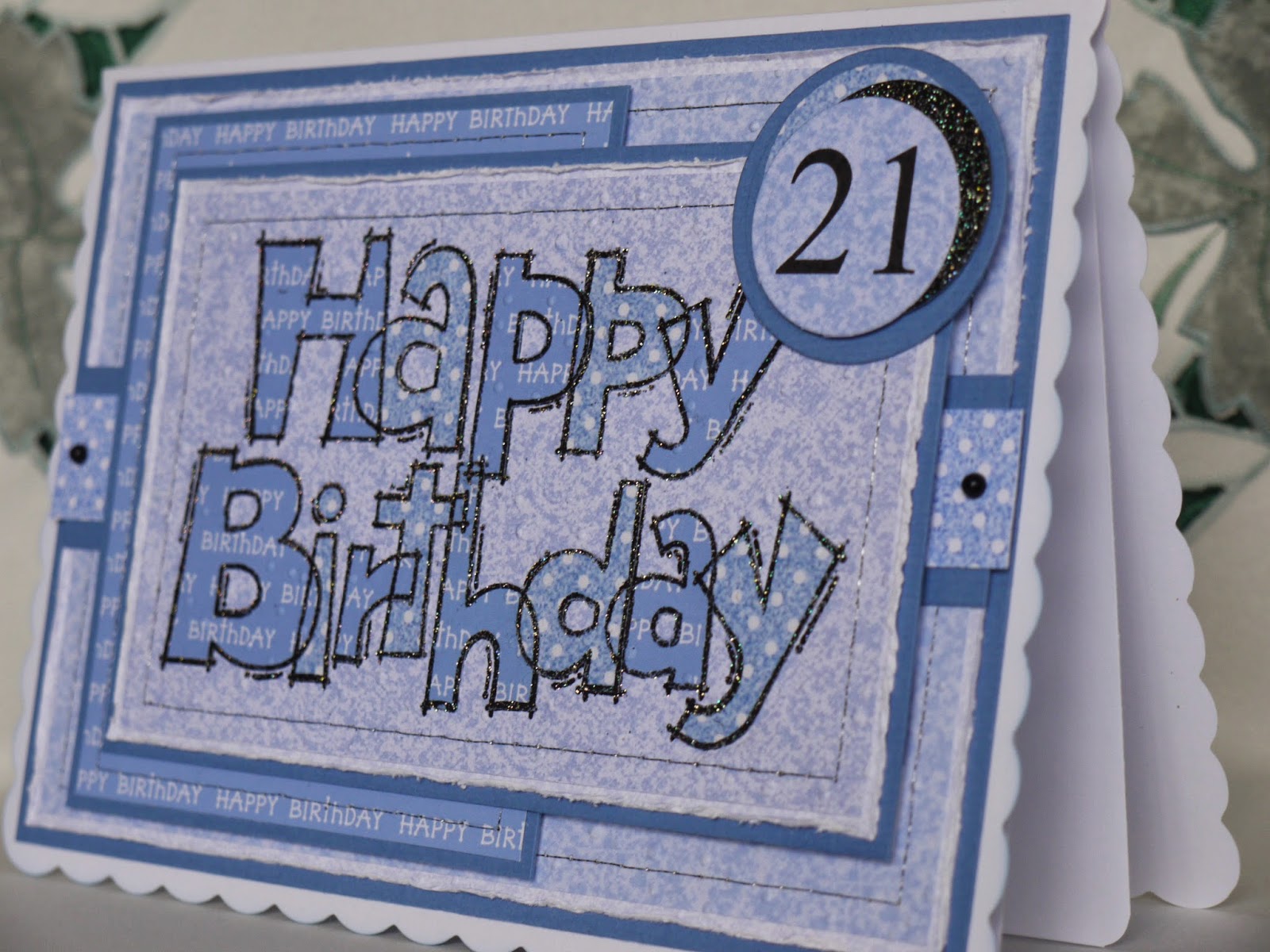 The same papers and card were used to make this one with just a slight change in the layout and the use of black self adhesive pearls instead of silver brads.

The third special birthday was for a nephew who turned thirty on the last day of February and who just missed being a leap year baby. 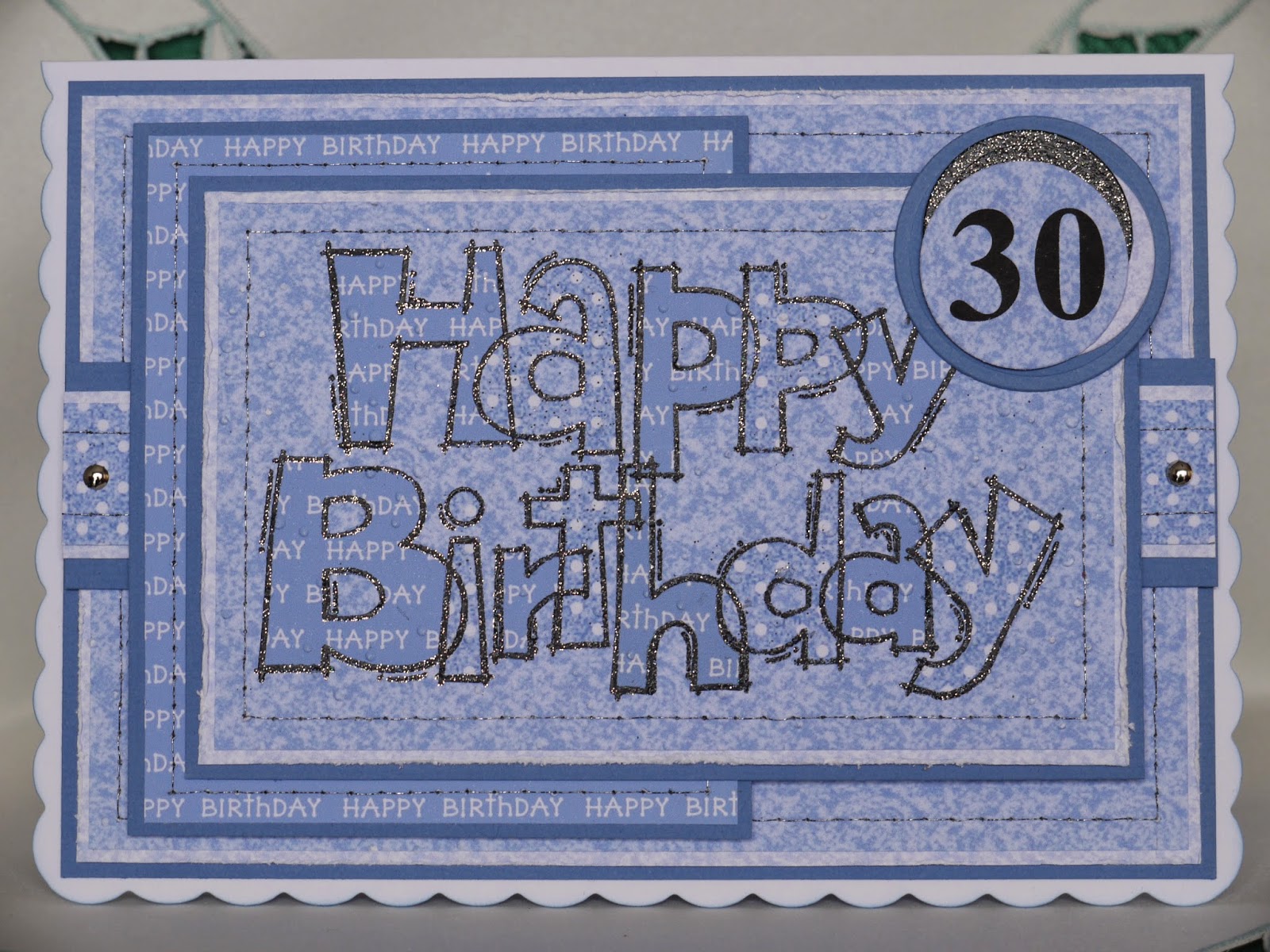 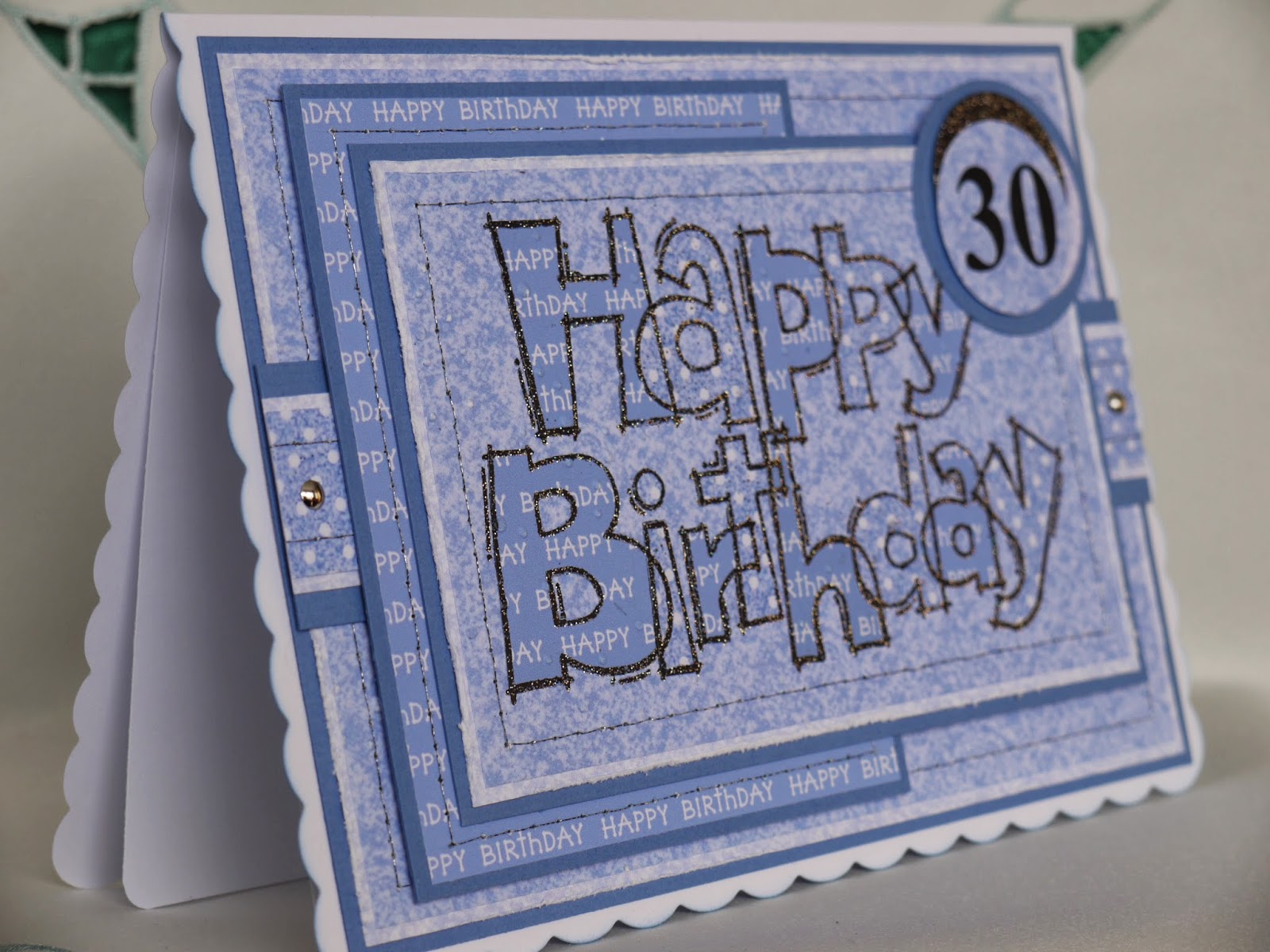 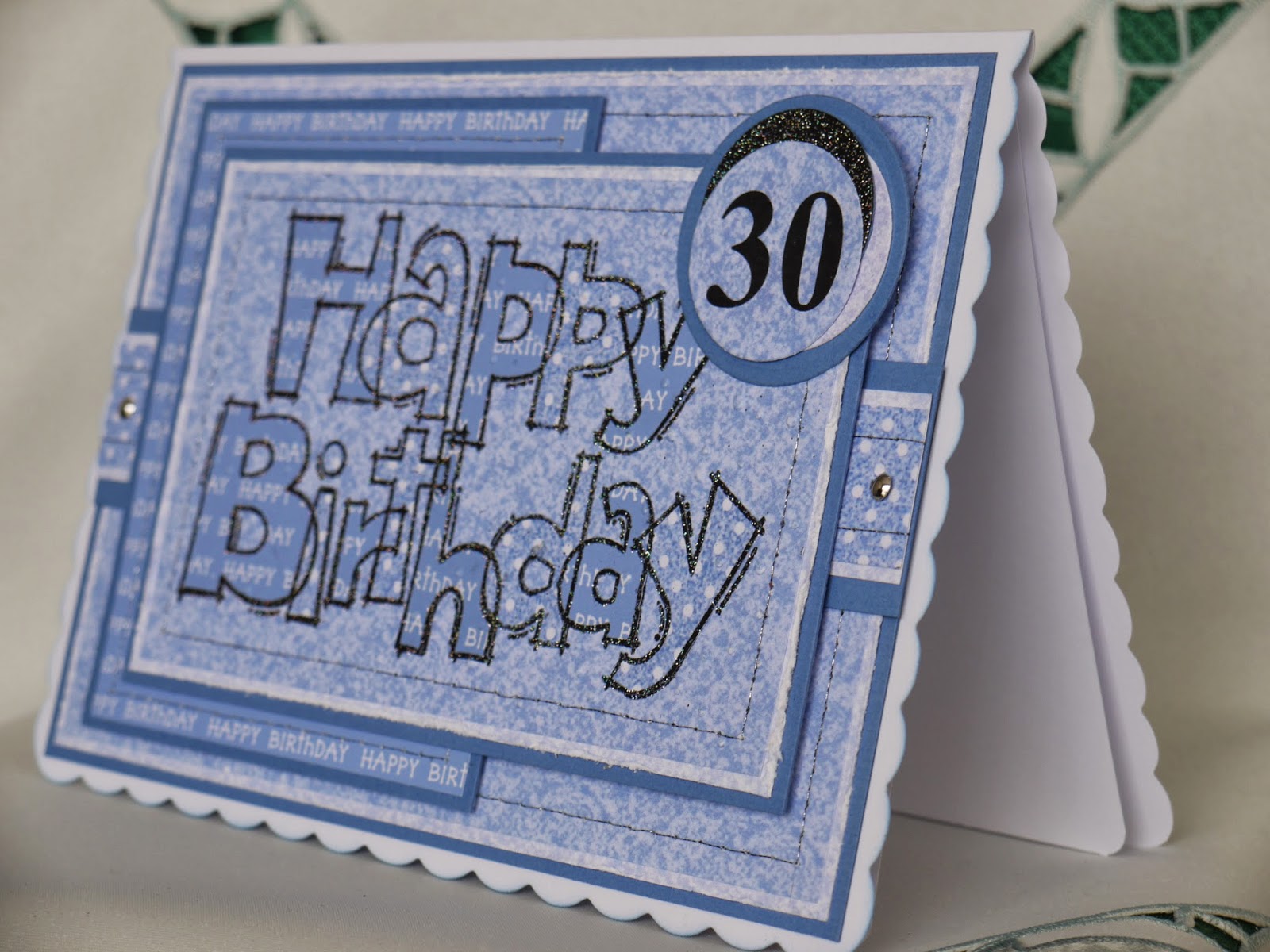 A mix of the two above cards came together for this one.  There's still another one of these cards to share but I'll keep it for another post.