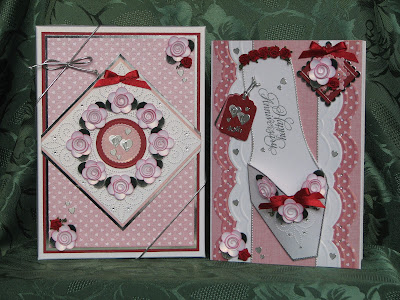 This is a card and box set I made recently for one of the members of our Saturday craft group.  Lorraine is the newsest member of the group and last month she and her husband David celebrated their Ruby Anniversary with a trip to Cuba.  Rather than posting this, and risk it sitting in the Post Office until they got back, I held on to it until our last group meeting and gave it to Lorraine personally.  However, this meant that it was rather late.
This shoe template has been used several times this year with three Pearl Anniversaries, two Silver Anniversaries, a wedding and a Ruby Anniversary to make cards for.  All that was needed was a Golden Anniversary but that will have to wait until next year as I have an Auntie and Uncle who will reach that milestone and also a cousin and her husband reaching thirty years.  In a few years I'll have to think up a different design as those celebrating their silver anniversary reach thirty years together.  Here's a closer look at the actual shoe and the materials and some hints and tips on how to make this project are on this posting. 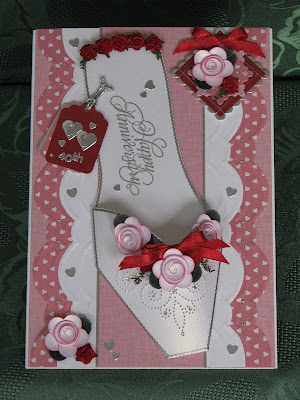 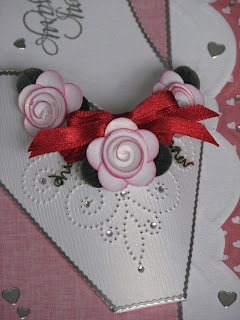 No more shoe cards to make for this year so this Cinderella needs to put her slipper away and get Christmas card making in full production.  This usually means there will be chaos and glitter everywhere.  We need some sparkle with all this grey weather that's around though.

Thanks for reading
Liz xx
Posted by Liz Miller at 05:52