Football card for a Teenager 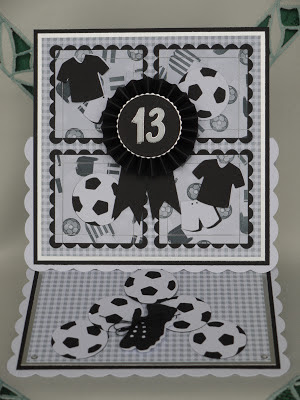 A friend's grandson turned thirteen this week and this is the football easel card I made for him.  Rhys likes playing football but unfortunately came a cropper during the Easter holidays and ended up at A&E with a wrist sprain.

Quickutz football, football strip and walking shoe dies were used to make the embellishments for this one.  The football above the boots was raised on foam pads to create the stop for the easel. 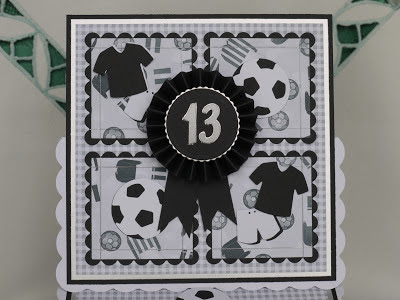 Spellbinder's nestabilities dies were used to cut the plain and scalloped squares and silver metallic thread was wrapped around the corners.  Circle nestabilities were used to cut the centre piece for the rosette and silver peel off numbers were added.  These rosettes are difficult things to pin down and glue but make a very effective embellishment.  The tails were cut from a strip of card although ribbon would have worked just as well. 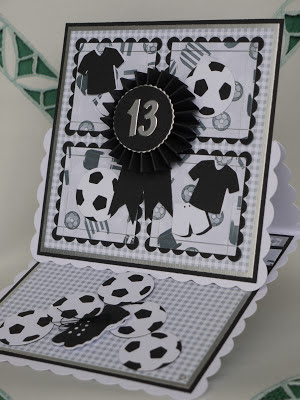 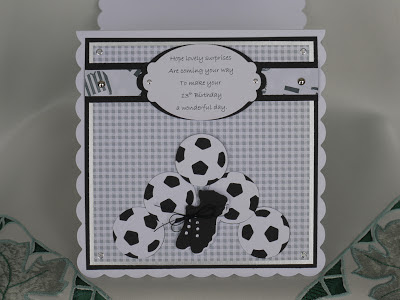 The verse was printed from the computer and cut using Spellbinder's labels dies.  A little bling was added by using silver brads and crystal dot peel offs.  No ribbon in sight but there is a bow, tied from thread, on the boots.

I think Rhys enjoyed his birthday judging by the big smile on his face in this photo.  Apparently his cake was a giant Jaffa Cake.  Mmmmmm.....    yum. 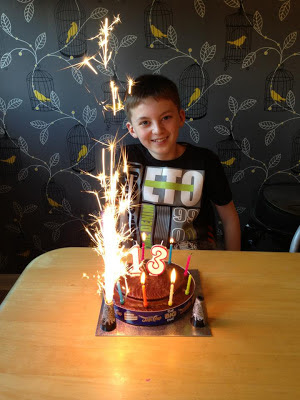