It was Elaine's boyfriend's birthday this month and he was celebrating a special "0" one.  Although she bought him personal presents she concentrated more on arranging for Andy to achieve a couple of items on his bucket list and also to arrange two surprise gatherings, one with friends and another with family.

The first item off the bucket list was horse riding and here's a picture of them both on their mounts. 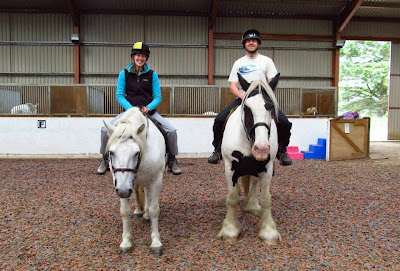 The second item was handling birds of prey and they went to the Huntly Falconry Centre for this experience.  After a week of Elaine worrying about the weather they had a fantastic time and even though it was a murky start to the day the sun shone before it was time to leave. 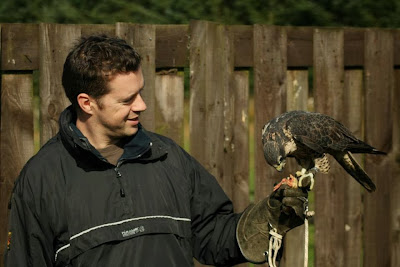 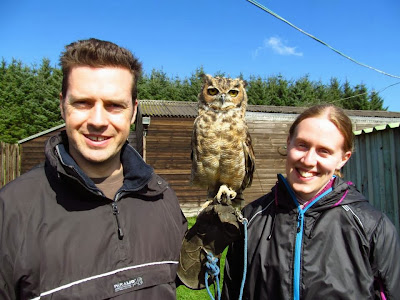 Unknown to Andy the day before his birthday Elaine had arranged for friends to come up from Newcastle and through from Inverness for an afternoon of cycling with some of them, followed by a meal at night with all of them.  Below is a picture of the cyclists ready to set off around Kirkhill Forest track. 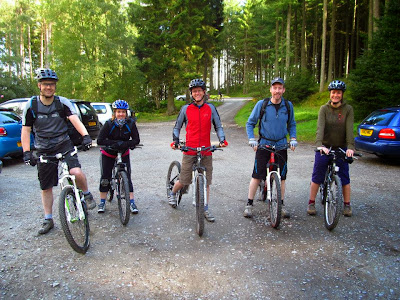 On his birthday it was a surprise lunch with his family who travelled through from Hamilton and Dundee.  They all played along with the arranged surprise as his Mum had brought through his present earlier in the week when she came to house sit, his Dad called him at half past nine to wish him happy birthday and his sister sent a text.

Elaine did really well to make sure Andy had a birthday to remember and I think she succeeded as apparently he grinned all weekend.  This is a lovely picture taken of the two of them on his birthday. 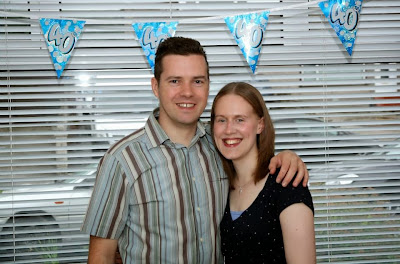 Before signing off I'd better share the card I made for Andy. 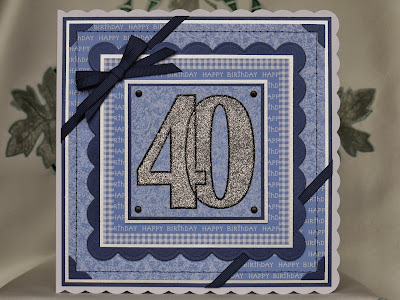 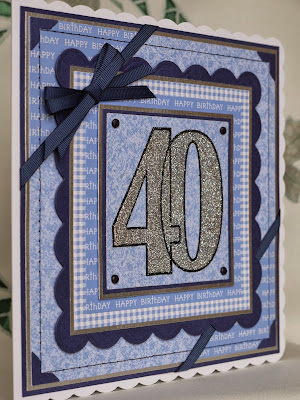 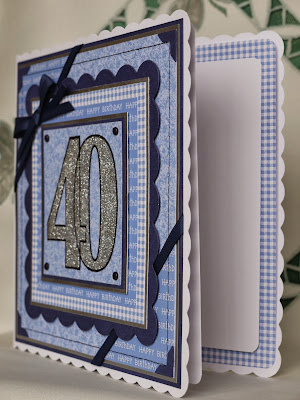 To find out about the materials used to put his card together then follow this link.  The number 40 was made using clear Papermania number stamps.  Having used the Woodware 18th and 21st stamps to make birthday cards this year I then invested in a set of clear Papermania number stamps so that the same effect could be created on a card for any age.  It's a great set of stamps to have if you just want to focus on the age or if you're not sure what the person's particular interests are to personlise their card for them.  The 4 and 0 stamps were stamped using Versamark ink and then embossed using Stampendous Disco Black embossing powder.  The number 4 was stamped and embossed first and then, using Stampin' up's stampamajig to help with positioning, the 0 was stamped over the top.  Having an embossed outline makes it easier to keep the glue inside the number outline when it comes to adding glitter. Once this had set the forty was die cut using a square Spellbinders die and the insides of the numbers were filled with silver glitter.

After weeks of planning and scheming I think Elaine certainly succeeded in making Andy's birthday one to remember.

Thanks for reading today
Liz xx
Posted by Liz Miller at 01:22