It's nearly a year since a new post was added to this blog but this next one will reveal what happened for it to have been abandoned for so long.
In a previous post I wrote about Elaine being happy at finding the elusive little plant Primula Scotica (Scottish Primrose) whilst on her holiday in Orkney with Andy. This happened on day one of their holiday. 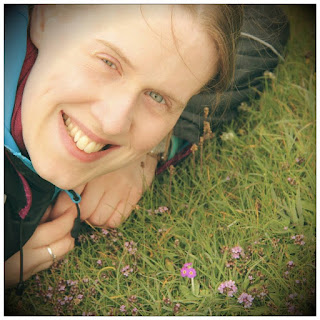 The following day was another happy one when Elaine met Sheila Fleet in person and had a photograph taken with her whilst on a visit to her workshop. Sheila is an Orcadian jewellery designer and Elaine loves her designs and has bought and received several pieces through the years and this was an opportunity to add some more pieces to her collection. The Primula Scotica charm was most appropriate considering she had seen the little plant the previous day. 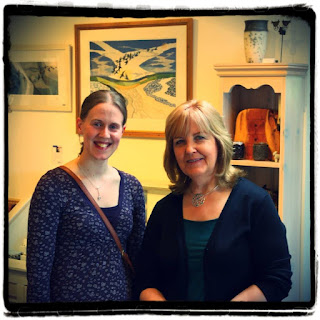 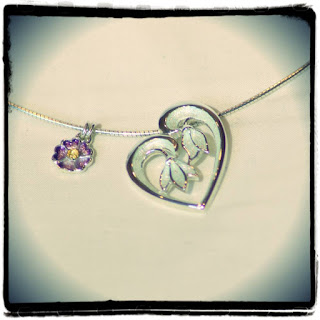 However, another really, really happy event was to happen on Elaine's holiday and we had been let in on the secret some months before when Andy came and asked for our blessing to ask her to become his wife.  Another piece of Sheila Fleet jewellery was about to be added to her collection.

And so, on the first of July 2014, on the island of Hoy at St John's Head, Andy proposed to Elaine and she squeaked yes. Elaine thought Andy was setting up the camera to take a self timed photograph of their achievement to reach the cliff top but the surprise on her face was priceless when he walked back to her and then dropped down on one knee. All was captured on video, which we were able to enjoy later, as Andy had set the camera to record the event as it happened.
And here is the happy couple when the self timer was actually set. 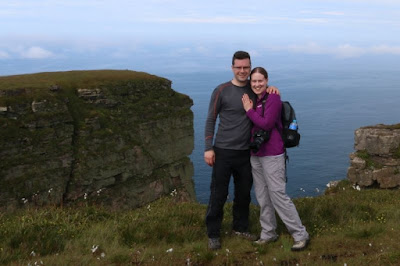 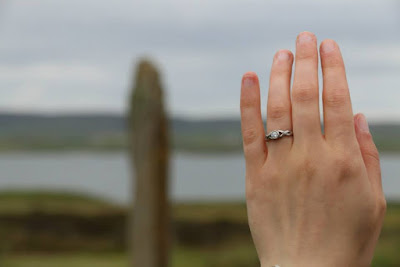 Once they got back from their holiday, and had told close family and friends they were engaged, a wedding date was set for April the 9th 2015. I was given the honour of making the wedding stationery and took the decision that other crafting and blogging had to go on the back burner until after their wedding and hence the long absence from posting.